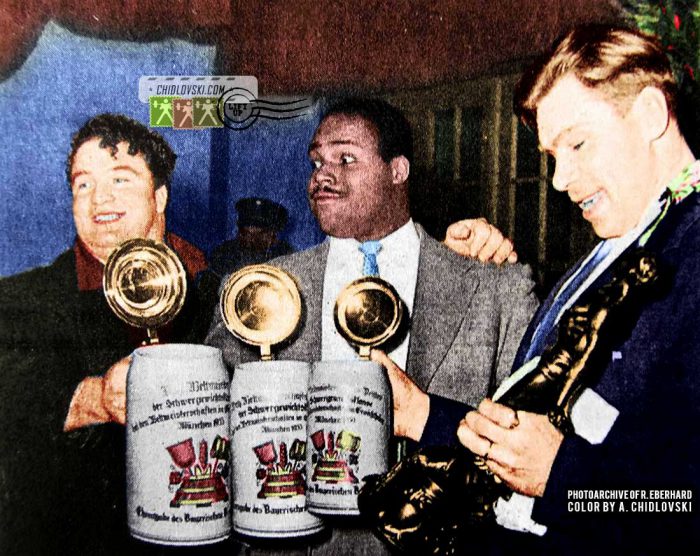 History in Color:
October 16, 1955, Munich, Germany – Weightlifting heavyweight champions receive medals and awards after competing in the 90+kg weight class at the 1955 World and European Championships in Munich (left to right):

Eino Makinen seems to be less occupied with holding a gigantic beer mug as his award for the 3rd place at the 1955 World Championships. Nothing to be surprised about – on October 16, 1955, Makinen became the first ever Finnish European champion! Holding the award for the European title was more important for him at the moment.