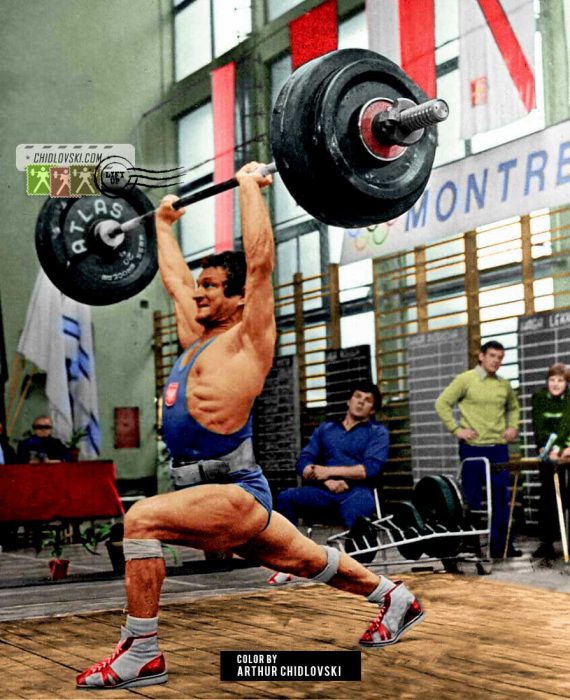 Brilliant flyweight of the 1970s, 35-year old Olympic champion Zygmunt Smalcerz of Team Poland competes at the 1976 Polish Weightlifting Championships in Zakopane, Poland while preparing for his second Olympics in Montreal.

Zygmunt Smalcerz (b. 1941) was an outstanding Polish flyweight athlete of the 1970s.

On the national level, Smalcerz was a 6x Polish champion and he broke 21 national records of his country.