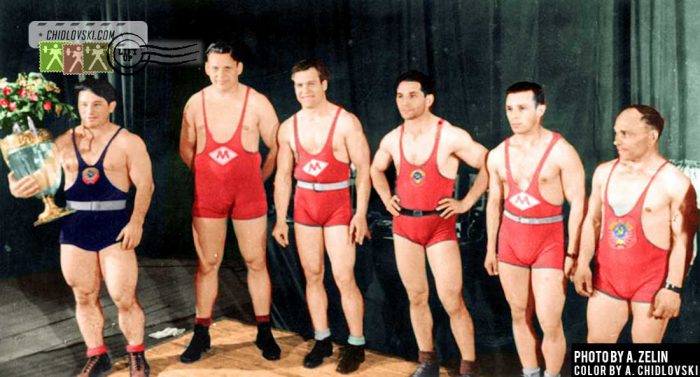 May 18, 1949, Voronezh, Russia –Weightlifting Team Moscow wins the top national award for the 1st place in the teams’ competition at the 1949 USSR Championships on the stage of Music Comedy Theater in Voronezh (left to right):

The 1949 USSR Championships was the 24th national competition in the country. It gathered 162 Olympic weightlifters in 6 weight classes. The medalists for the teams’ competitions were