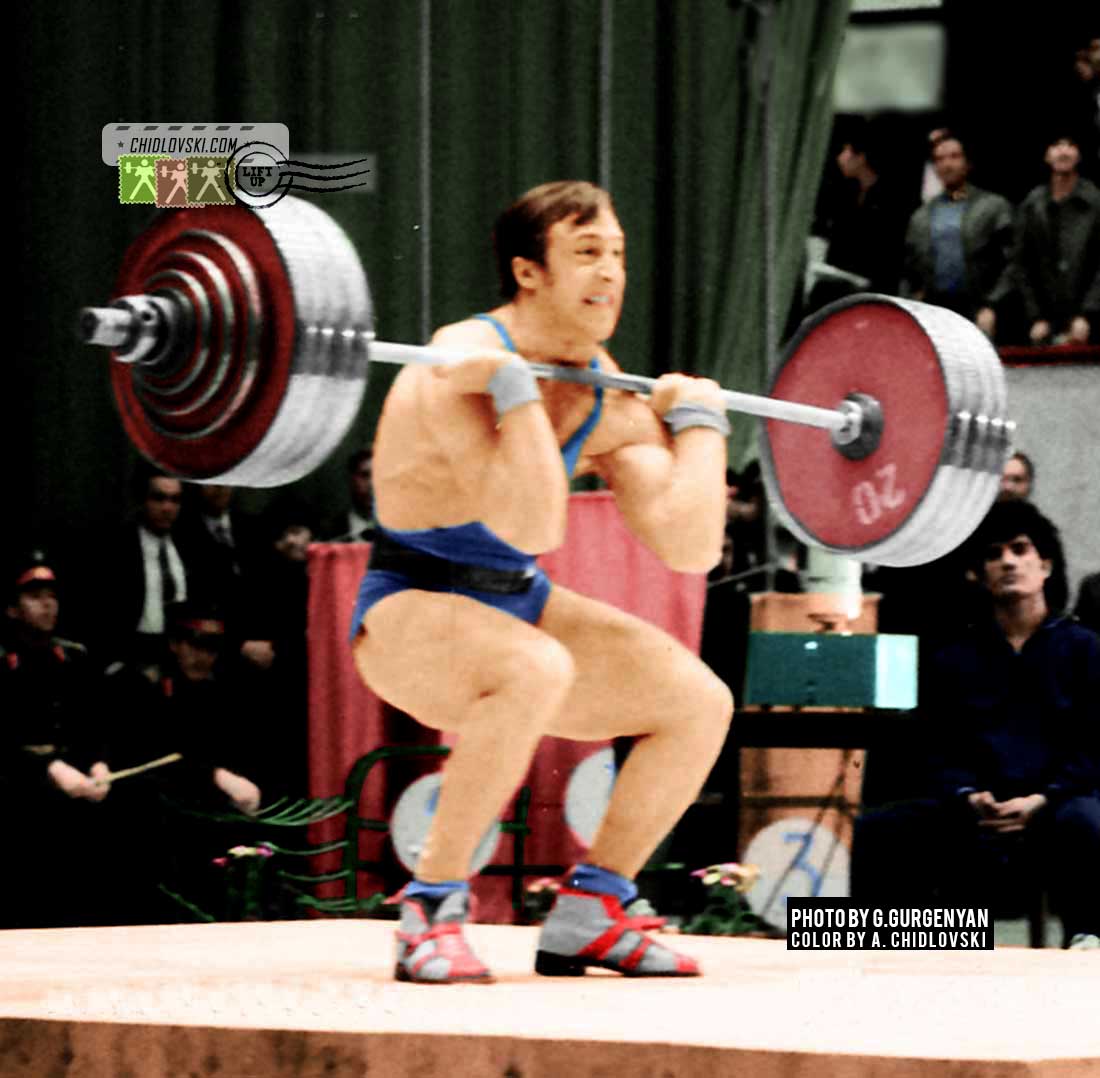 History in Color:
March 17, 1973, Tashkent, Uzbekistan – Soviet light heavyweight Valery Shary of Minsk, Belarus competes in the clean-and-jerk in the 82.5kg class at the 1973 Friendship Cup in Tashkent.

It was a difficult period in Valery Shary’s career. He just bombed out at the 1972 Summer Olympics and had to lift in one of the most competitive weight class for the Soviets.

Valery Shary (born 1947) was a 2x Olympian of Team USSR. He competed in the light heavyweight class at the Summer Olympics in Munich (1972) and Montreal (1976) and became an Olympic champion in 1976.