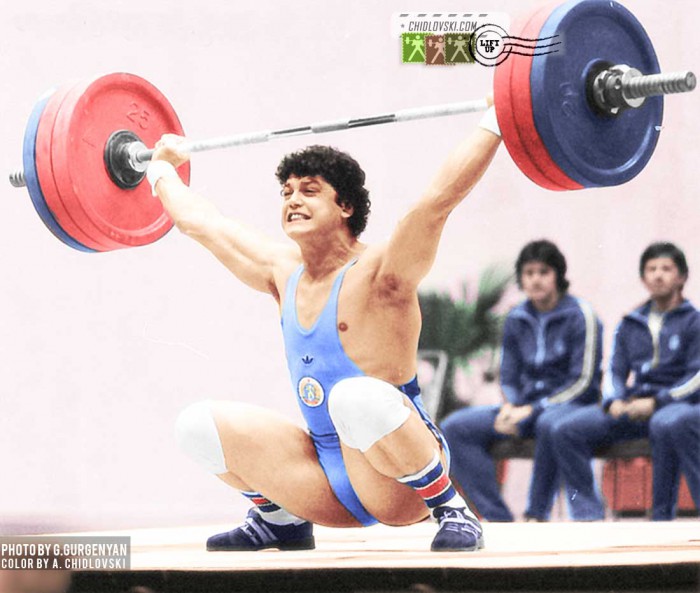 Rumen Teodosiev (b. 1962) was one of the most talented athletes of his generation in Bulgaria. He competed in the light and middle heavyweight classes in the prime of his career.

At the European Championships, Teodosiev won 2 silver (1985, 1987) and 2 bronze medals (1986, 1988). He also won the 1983 World Cup in Bulgaria and took the 2nd place at the 1983 USSR Championships (shown on the cover photo) where he totaled the best result of 380kg but lost to Anatoly Khrapaty because he was slightly heavier on his body weight.