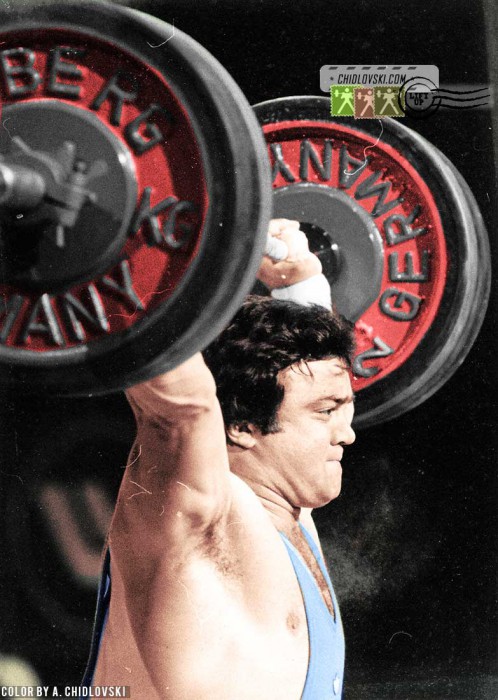 History in Color features one of the most memorable Olympic weightlifters of all times Blagoy Blagoev of Team Bulgaria.

Blagoy Blagoev (b. 1956) needs no special introduction for true followers of the Iron Game. In fact, my bet is that many would name him as the best weightlifter of their choice.

Blagoev was a 2x Olympian. He represented his native country Bulgaria at the Summer Olympics in Montreal (1976) and in Moscow (1980). He won a silver Olympic medal in the light heavyweight 1980.

Blagoy Blagoev was a brilliant master of snatch lifting. In his career, he set 18 world records. 13 of them were in the snatch.