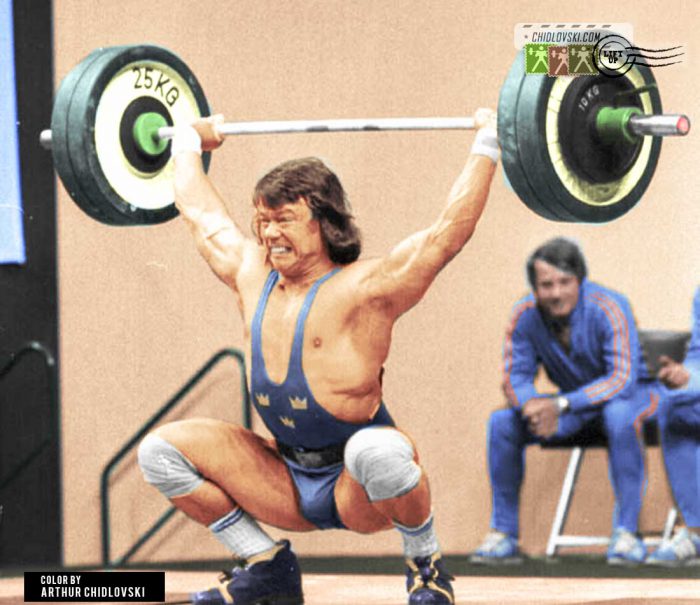 Hansjörg “Hans” Bettembourg (b. 1944) was one of the best Swedish weightlifter of all times. His forte was the press lift. Bettembourg set 11 press world records in his career. His last world record was 195.5kg press set in the 90kg class in Ojebyn  on February 20, 1972. On that day he also reached his best 527.5kg total which ranked him as No. 97 in the Club 500.