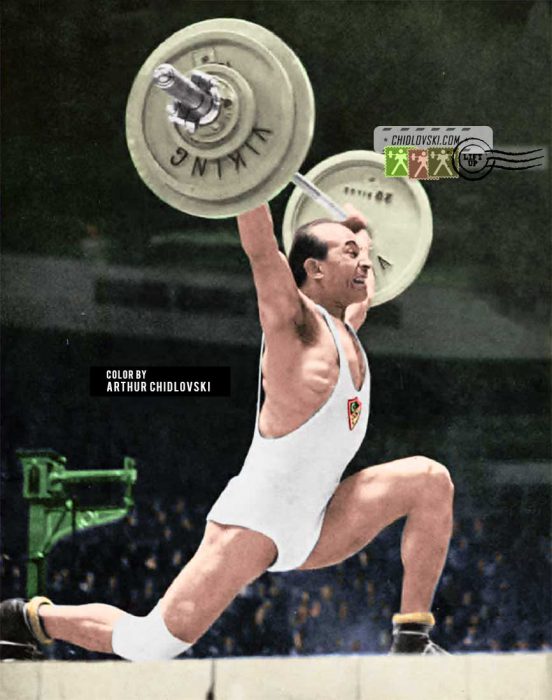 Legendary Olympic weightlifter Ibrahim Shams of Alexandria, Egypt competes in the lightweight class at the 1948 Summer Olympics in London.

In 1936, Shams won bronze Olympic medal in the featherweight in Berlin.

12 years later, at 34, he became an Olympic champion in the lightweight at the Olympics in London.