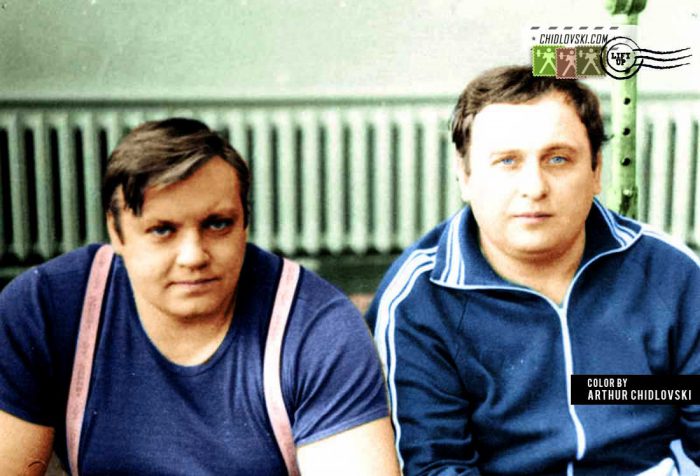 History in Color: Two promising athletes that competed for Team Moscow in the 1970s.

Yury Kozin (b. 1948, on the right) won the World Championship, the USSR championship and the USSR Spartakiade in 1971. He set 6 world records in his career – 5 in press and 1 in clean-and-jerk.