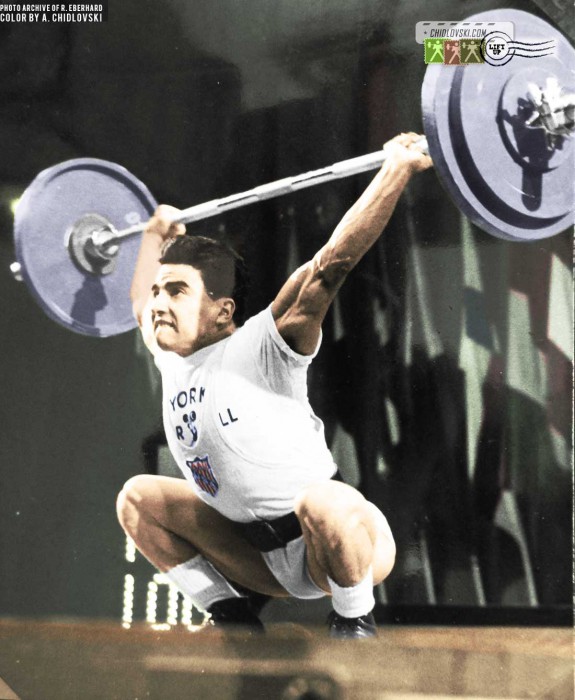 The cover photo from our History in Color Series features the snatch lift by 2x Olympic Champion Charles Vinci of Cleveland, Ohio, USA.

Charles Vinci (b. 1933) was one of the greatest bantamweight athletes ever. His gold medal in Rome in 1960 was the last gold medal that the United State won at the Olympics in weightlifting.