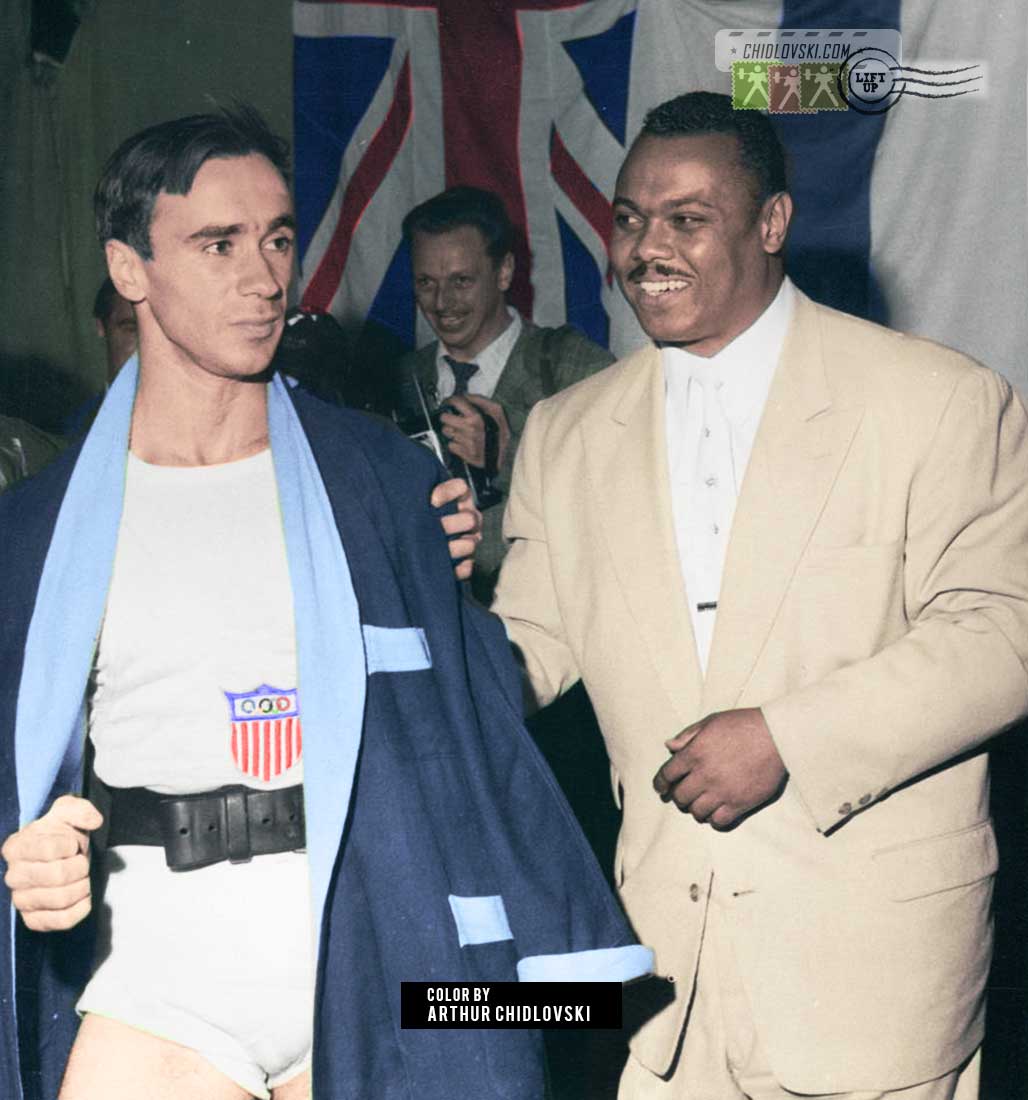 People should be beautiful in every way – in their faces, in the way they dress, in their thoughts, and in their innermost selves.
Anton Chekhov, Russian playwright

One of the greatest playwrights in the world history, A. Chekhov once said it.

Had he been attending weightlifting sessions in the early Russian athletic clubs, he might have added:

“Weightlifters should be beautiful in every way – in their press lifts, snatch lifts, clean-and-jerk lifts, in their bodies and their souls.”

One can only guess what he might have said had he known John Davis and Peter George or seen this photo.

Peter and John also had an interesting common phenomenon. Both loved opera singing!

In fact after the world championship in Stockholm, they organized a small concert where both sang opera arias!