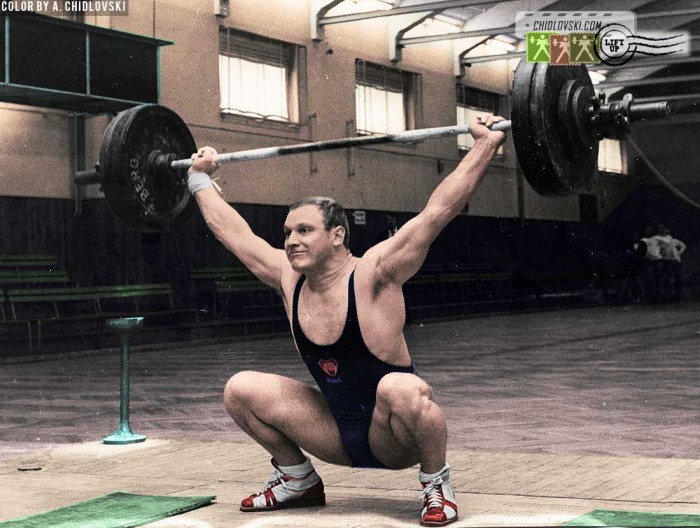 Helmut Losch (1947-2005) of Stralsund, Germany was the first Olympic Weightlifter from East Germany to earn the title of World Champion.

He won gold medal in the clean-and-jerk competition at the 1971 World Champiomship in Peru. Losch was a World vice-champion in 1973 and 1977 and won bronze medal at the World championship in 1977. At the European championships, he won silver medals in 1973 and 1977.

Helmut Losch competed at two Summer Olympics – in 1972 and in 1976. In Munich, he took the 4th place in the heavyweight class. In Montreal, he was the bronze Olympic medal as a super heavyweight. He finished 3rd behind Vasily Alexeev (USSR) and his teammate Gerd Bonk (GDR) with 165+222.5 = 387.5 in total.

On the History in Color photo, Helmut Losch is 20 and competes in the snatch lift in Germany in January 1968.