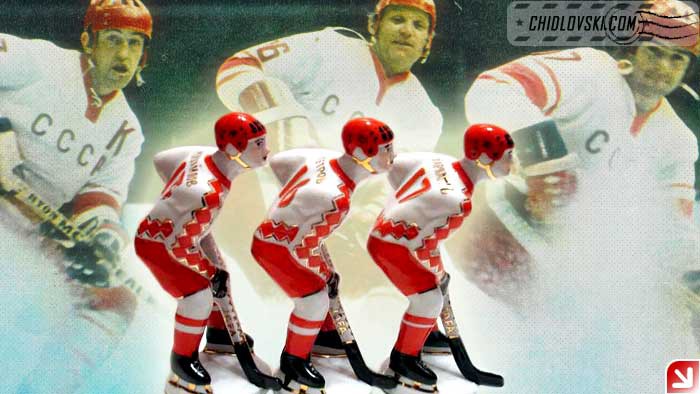 To me, it was the best line ever.

Younger fans might disagree. They would probably pick the KLM line.

Older fans seldom express their opinion on the web.

They probably would go with the Loktev-Almetov-Alexandrov line. Maybe, Vikulov-Polupanov-Alexandrov.

To me, it was Petrov’s troyka.

Here are some statistics to say wow.

They played 207 games in 12 seasons for the national team CCCP.

Stats are carved in stone  in the history books.

Old memorabilia like these vintage porcelain figurines sometimes pop-up on eBay or other auctions.

Video clips are streaming via hundreds of YouTube accounts.

Discussion on who was the best line ever never ends.

In my history book, they were the best.