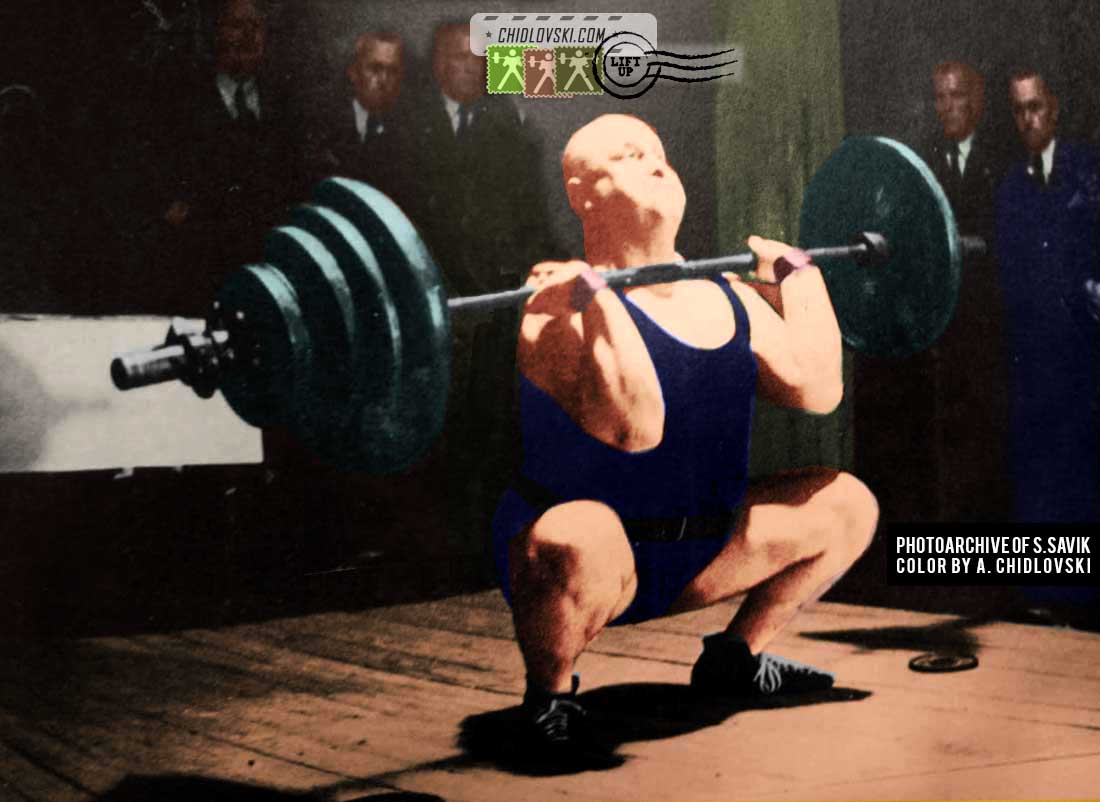 On the History in Color photo, Arnold Luhaaar, outstanding Estonian heavyweight of the past, performs a clean-and-jerk lift. The interesting angle of this photo is that it takes place in the 1930s and Arnold Luhaaar performs a squat style clean. At the time when the vast majority of lifters were split stylists, Estonian athletes began to use squat style decades ahead of the time when it became dominating in the world.

Another legendary Estonian, Olympic champion Alfred Neuland (1895-1966), Alfred Neuland was a pioneer of the squat style technique. He used for both the snatch and clean and, in fact, had to switch to the split style at the Olympic tournaments in the 1920s because the officials disallowed the new technique! Alfred Neuland was also one of the first athletes who introduced the hook grip of the bar.

As for Arnold Luhaaar (1905-1965) shown on the cover photo, hewas one of the strongest Olympic weightlifters of the 1920s and 1930s. He competed at the two Olympics before the beginning of World War II. In 1928, he won a silver Olympic medal in the heavyweight in Amsterdam. Estonia didn’t sent its team to the Games in 1932 due to the Great Depression and Arnold missed the Olympics in Los Angeles.

At the Summer Olympics in Berlin in 1936 (on the photo), Arnold Luhaaar won the bronze medal. He did win the clean-and-jerk with the Olympic record (165kg) which was 2kg less than the world record of the time set by legendary Egyptian strongman Sayed Nosseir.