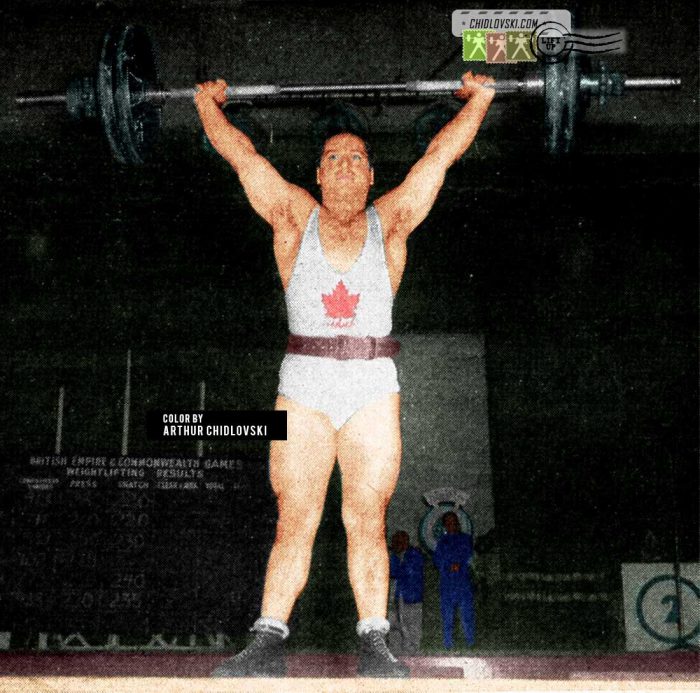 It was the last international competition in the career of legendary Canadian weightlifter Gerry Gratton. He was 30 and it was the third time Gratton competed for Canada at the British Empire Games. Previously, he won gold medals at the Games in Auckland, New Zealand (1950) and in Vancouver, Canada (1954). At the 1958 British Empire and Commonwealth Games in Cardiff, Wales, he took the 5th place.

He began training in Montreal, Canada in the 1940s. His first coach was Harvey Hill, a native of England and one of the well-known pioneers of organized weightlifting in Canada. Gerry’s signature approach in training was based on his great discipline and sports ethics.

In June 1963, he suffered serious injuries in a car accident and died a few days later. He was 35.