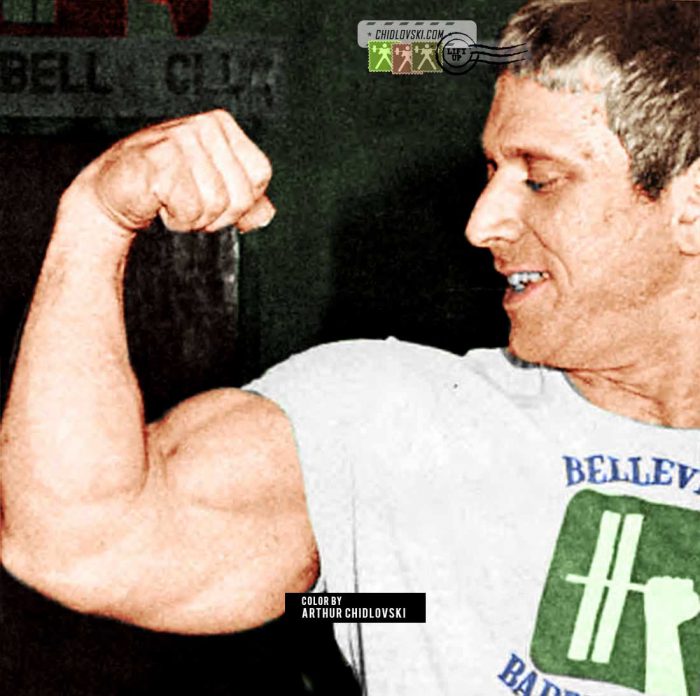 History in Color:
September 27, 2021 – One of the most talented and popular U.S. Olympic weightlifters in the 1970s, 3x Olympian, Phil Grippaldi turned 75!

Phil Grippaldi competed in the 90kg weight class and had an impressive look of a bodybuilder and strength of an Olympic weightlifter. Grippaldi grew up in New Jersey. When he was a kid, he was introduced into bodybuilding routines by one of his neighbors. At 16, little Phil was 5’5″ and had a 19″ biceps.