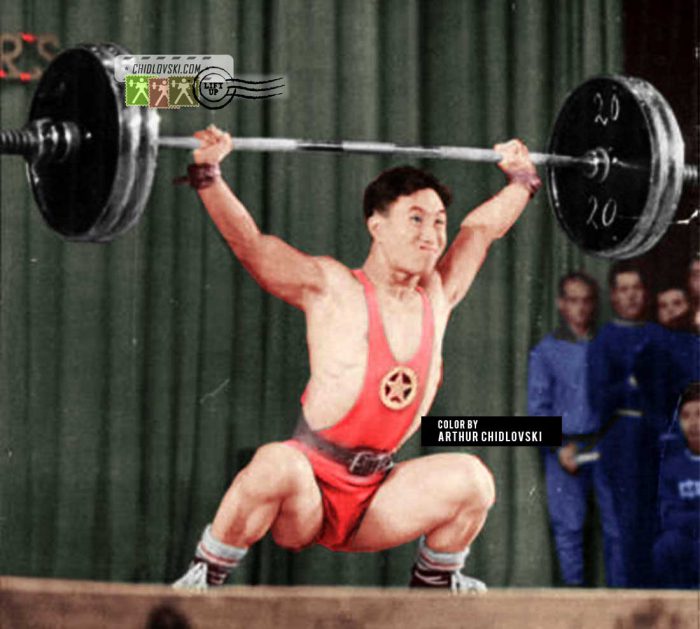 On the History in Color photo, weightlifting legend Chen Jingkai (1935-2010) of China is performing a snatch lift at the tournament in 1950s. Legendary Chen competed in the bantam and featherweight and set 9 world records (all in clean-and-jerk).

He was the first weightlifting world record maker of China. It happened on June 7, 1956 when he cj’d 133kg in the 56kg class in Beijing.

With an outstanding performance of Chinese weightlifters recently at the 2021 Summer Olympics in Tokyo, it might be a good time to bring into the spotlight magnificent pioneers of this sport in China. Two decades before China became an official member of the International Weightlifting Federation, early athletes of China like Chen Jingkai began to pave the road to current success of Chinese Olympic weightlifters.