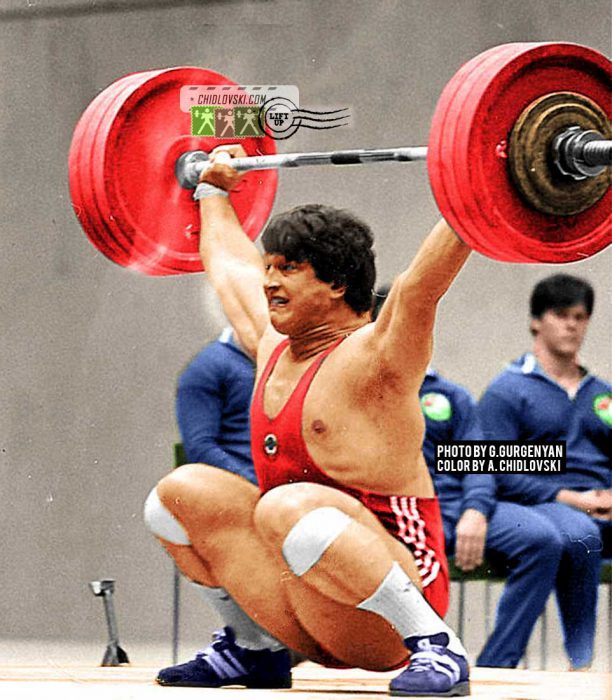 History in Color:
July 31, 1983, Moscow, Russia, USSR – 24 year-old heavyweight Vyacheslav Klokov snatches 190kg in the 3rd attempt while competing in the 110kg weight class at the 1983 USSR Spartakiade and USSR Championships at the Izmaylovo Weightlifting Arena in Moscow.

The lift featured in the History in Color photo happened to give Klokov the 1st place in the snatch program. His main opponent, Leonid Taranenko finished with a 187.5kg snatch. He missed with the 195kg while recovering from the squat position.

After winning the snatch, Vyavheslav Klokov missed in the 4th attempt for the world record (197kg).