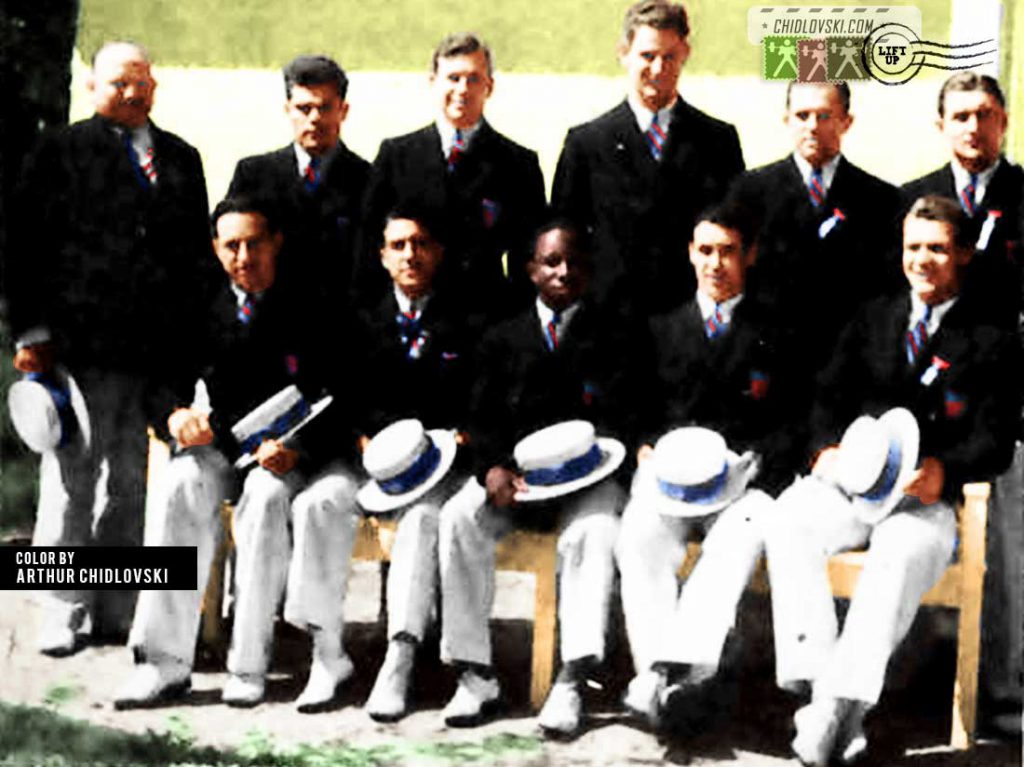 July 1936 – U.S. weightlifters, coaches and administrators have arrived to Berlin for the 1936 Summer Olympics (left to right):

Note:  Including athletes’ weight class and final placings at the 1936 Summer Olympics tournament

The weightlifting contests took place in the Deutschland halle in front of over 8,000 fans. Team USA was just beginning its path to success in weightlifting and gold medal won by Tony Terlazzo was a huge boost for upcoming development of world class athletes.