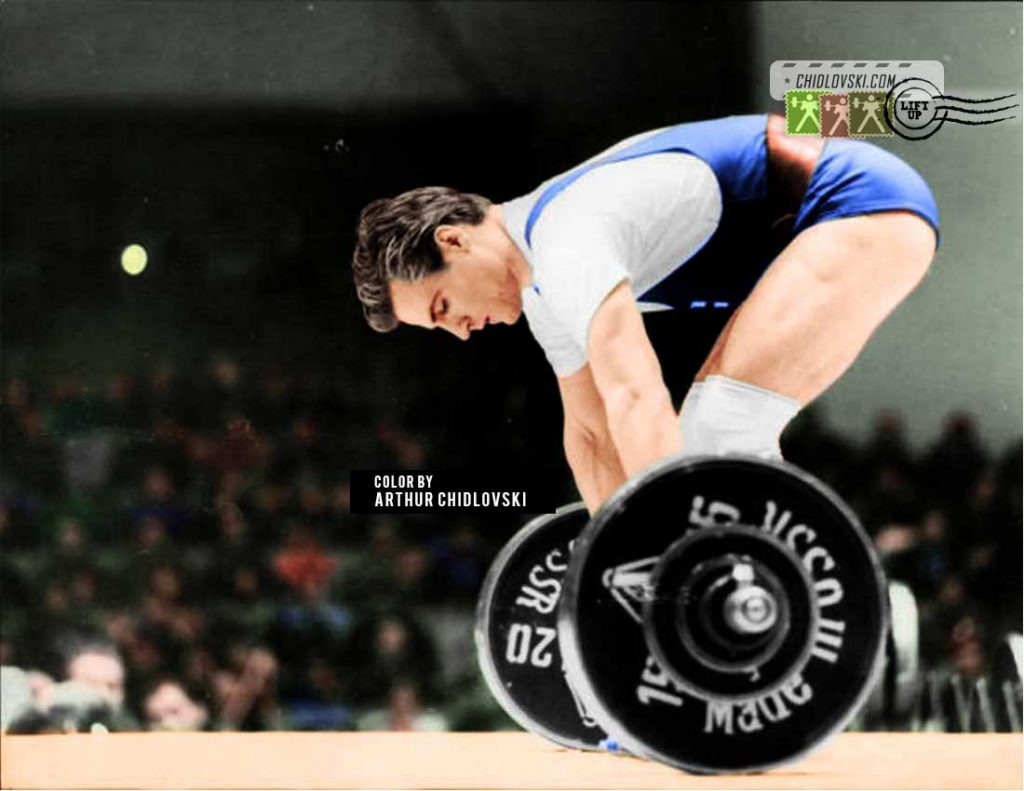 History in Color:
October 19, 1966, Berlin, East Germany – Finnish light heavyweight Kaarlo Kangasniemi is about ready to start a lift in the 82.5kg class at the 1966 World and European Championships in East Berlin.

On October 18, 1968, Kaarlo Kangasniemi won a gold medal in the 90kg weight class at the 1968 Summer Olympics in Mexico City and  became the first athlete in Finland ever to win the Olympics in weightlifting!

Did Kaarlo Kangasniemi know in Berlin (on the cover photo) that, in almost exactly 2 years, he will add 77.5kg to his total and will make a history becoming the 1st weightlifter of Finland to win the Olympics?

Still, it’s an amazing story of a 2-year long road to the top goal of any athlete in Olympic weightlifting – to win the Olympics!