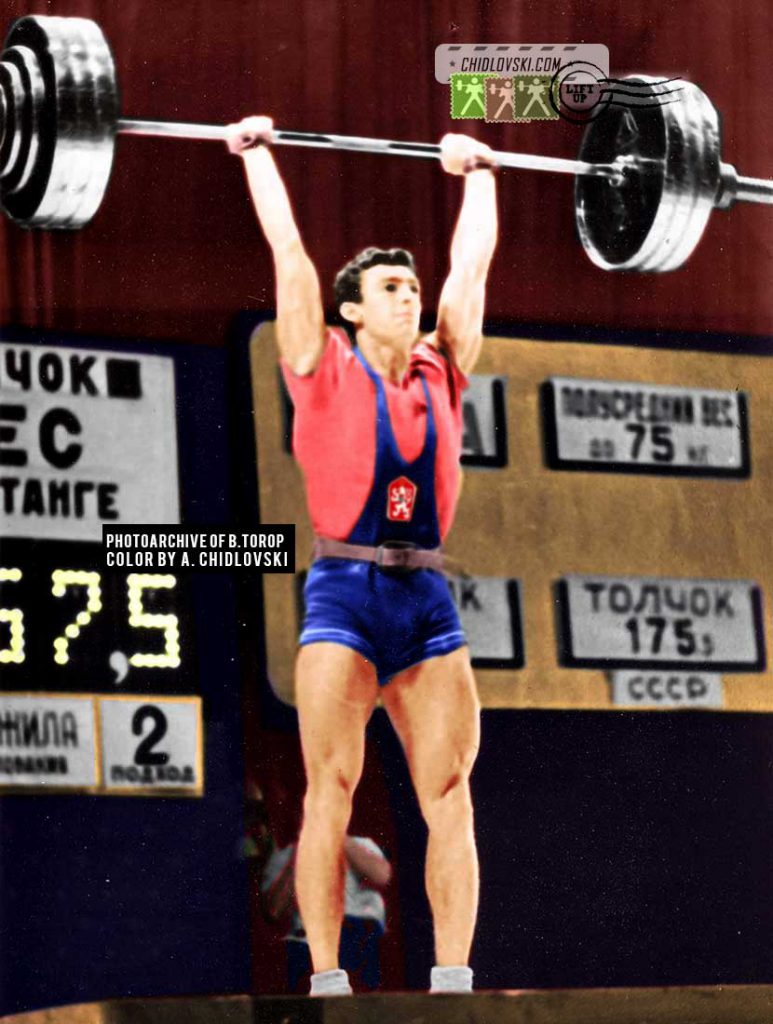 June 26, 1964, Moscow, Russia, USSR – Four months before winning an Olympic gold medal in the middleweight in Tokyo, Hans Zdrazila of Team Czechoslovakia wins a silver medal in the 75kg class at the 1964 European Championships in Moscow.

One of the strongest middleweight athletes in the world of the first half of the 1960s, Zdrazila took the second place at the 1964 European Championships with a 425kg total (127.5 + 130 + 167.5). It was 20kg less than the result of Viktor Kurentsov of Russia who won the gold medal in Moscow.

In October 1964, Hans Zdrazila added 20 kg to his to total and became an Olympic champion in the 75kg weight class.