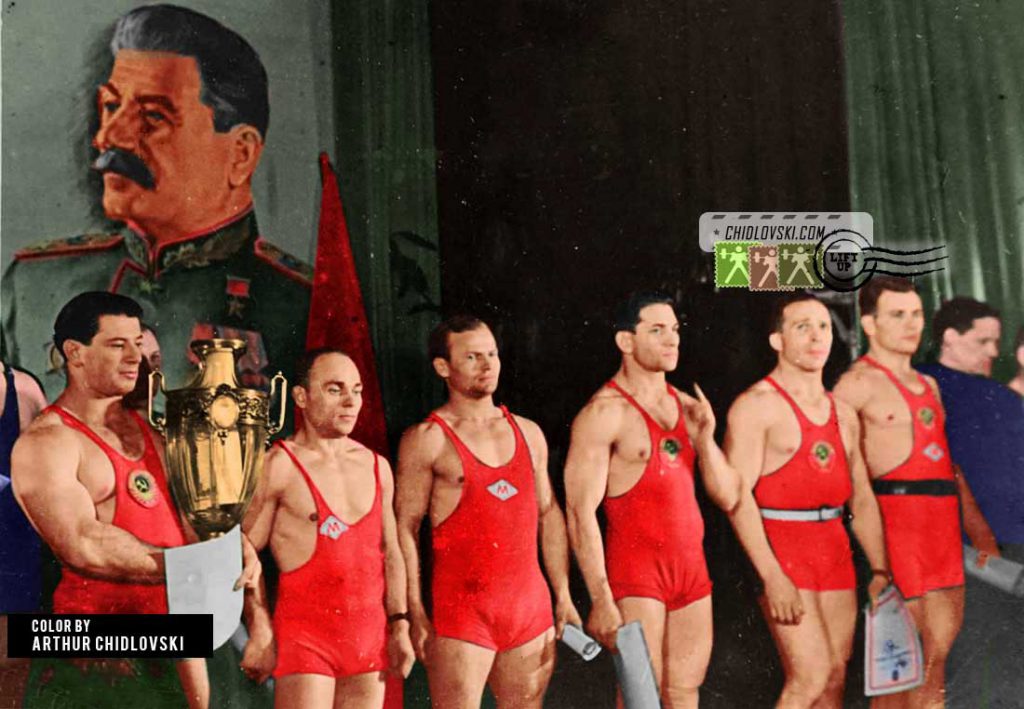 There were teams of Moscow, Leningrad and 13 republics of the USSR (all but Lithuania, Tadzhikistan and Moldavia) that competed at the 1946 USSR Team Championships.

The top 3 were the following teams:

The 1946 USSR Team Championships was a closing competition event in a remarkable year of 1946 that had a special place on a history timeline of national weightlifting. The USSR was accepted to the international weightlifting federation and for the first time ever competed at the World Championships in Paris. Grigory Novak became the first Soviet World champion after winning the World title in France.