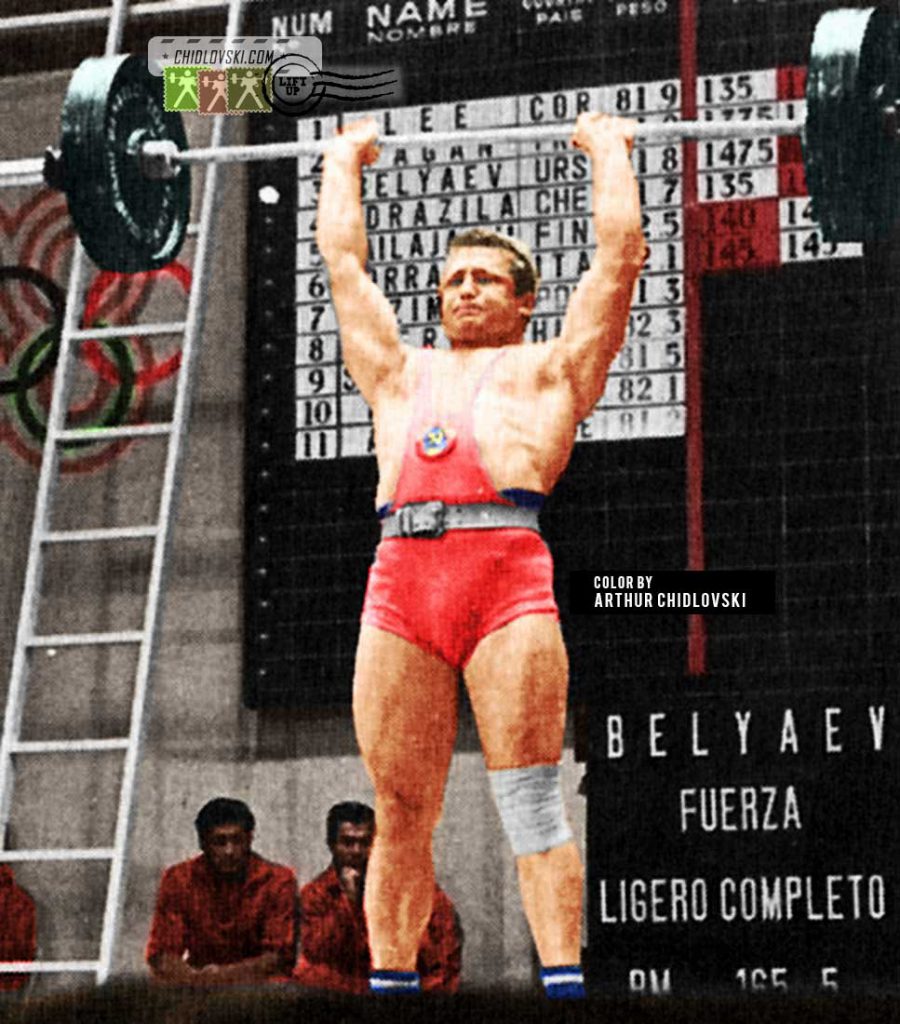 Belyaev entered the  Olympics in Mexico as a world record holder in snatch (150.5kg) and in total (485kg). By the point when the contenders began the clean-and-jerk lift, Belyaev was on the 1st place and had a 2.5kg lead over his Team USSR mate Boris Selitsky.

By the end of the competitions in 82.5kg class, both Soviet contender, Belyaev and Selitsky, finished with the same total – 485kg. The gold was awarded to Selitsky because he had a lighter bodyweight.

With over five decades past the 1968 Summer Olympics, the battle between Belyaev and Selitsky in the clean-and-jerk program remains a subject of controversial discussions and rumors between weightlifting experts and fans. Obviously, from the prospective of tactics, there was no reason for Belyaev to go for 190kg cj in the last attempt when lifting 187.5kg would have given him an Olympic gold medal.

There is no consensus whether it was a tactical mistake or a deliberate decision by the coaches and higher-ups to hand gold to Selitsky and silver to Belyaev that night. Regardless of the answer to this, the Olympic competition in the light heavyweight class remains one of the most memorable battles in the history of this sport.

Vladimir Belyaev (1940-2020) was one of the most impressive weightlifters of the 1960s in the Soviet Union and in the World.

In addition to his silver medal at the 1968 Olympics, Belyaev was a World and European champion (1966). He was an author of 12 world and 17 national records in his career.