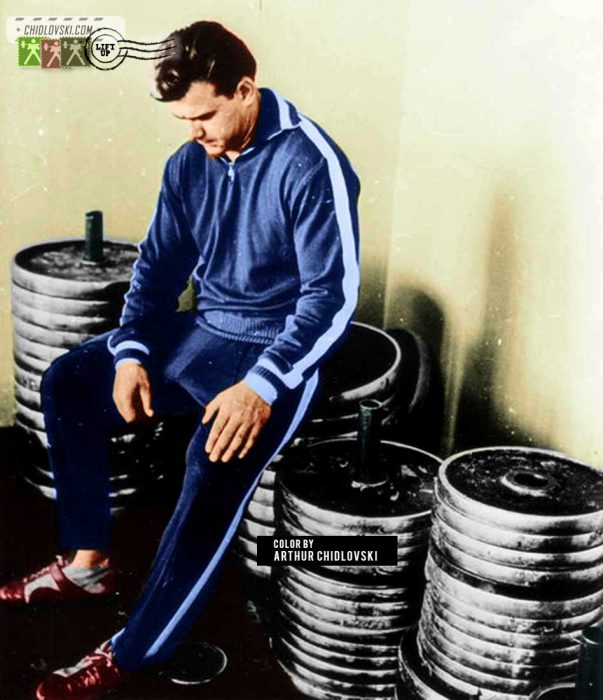 History in Color:
Tallinn, Estonia, late 1960s – Legendary Estonian champion Jaan Talts of Team USSR is taking a brake during a training session in the weightlifting hall in Tallinn.