Valery Shary: Preparing for the Next Lift in Luzhniki 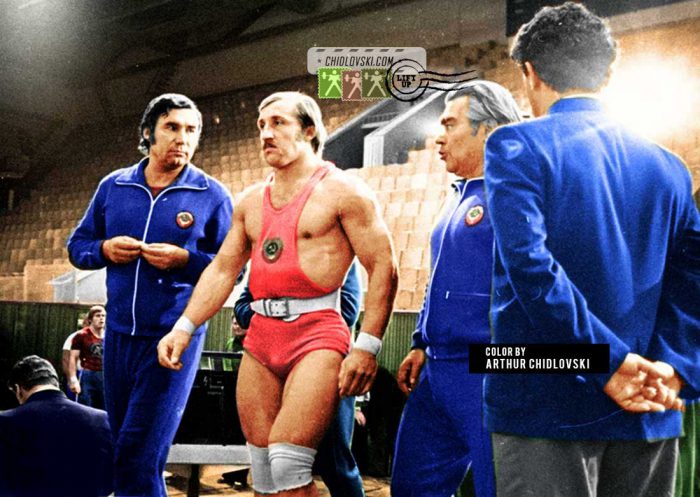 September 20, 1975, Moscow, Russia – 28-year old light heavyweight Valery Shary is being prepared for the next lift in the 82.5kg wight class at the 1975 World Championship in Moscow.

“Team Shary” (left to right) in the warm-up area of the Luzhniki Arena includes:

By the end of the night, both Tredafil Stoychev of Bulgaria and Valery Shary finished the tournament with 357.5kg in total but Shary’s bodyweight was lighter and he received the gold medal of the 1975 World Championships.

It was the first world title for Valery Shary. The next year, Shary won a gold medal at the 1976 Olympics in Montreal.