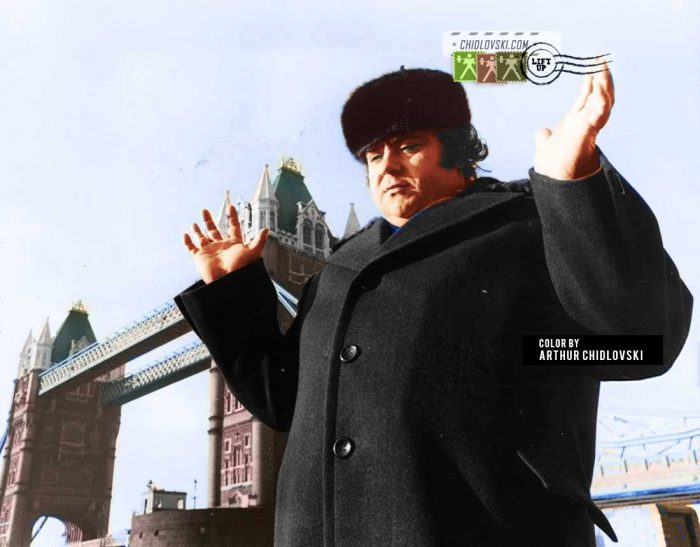 History in Color:
London, Great Britain, November 1974 – Legendary Soviet super heavyweight Vasily Alexeev is being caught on camera while showing a prospective of power and strength in front of the Tower Bridge during a sightseeing tour of London.

In the last lift of the tournament, Vasily Alexeev clean-and-jerked 242.5kg and set a new world record of the time. This record can be seen on the video footage below. It was one of 80 world records that Vasily Alexeev set in his remarkable career in Olympic weightlifting.