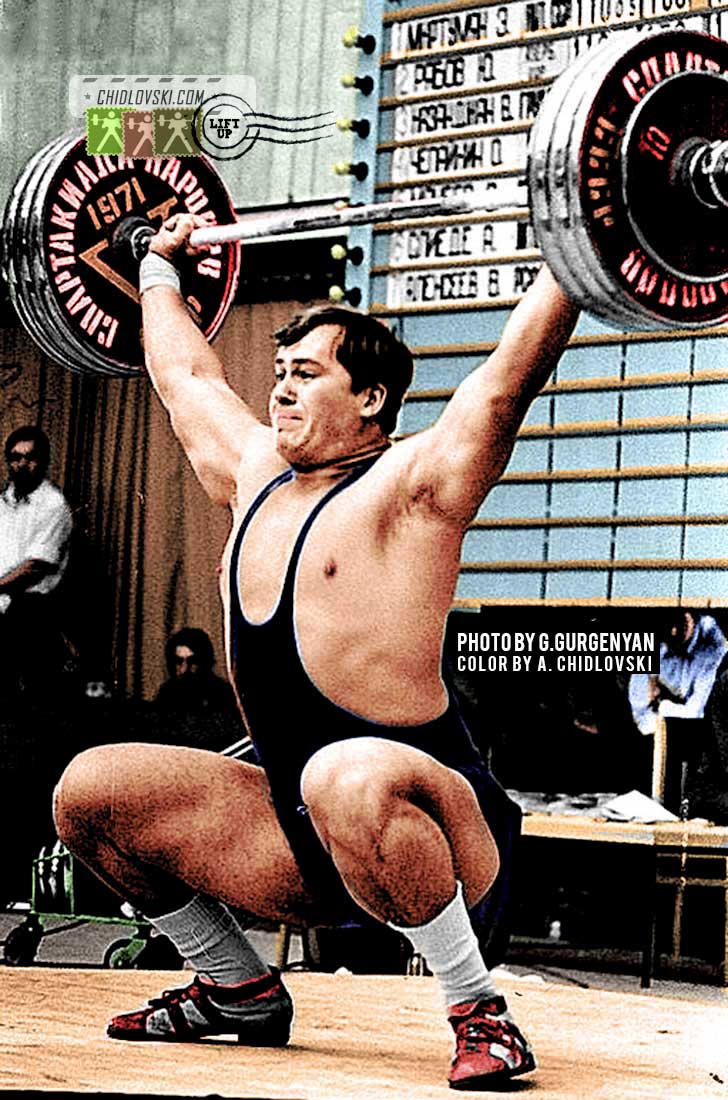 July 24, 1971, Moscow, Russia – 22-year old super heavyweight Valentin Kuzmin of Volgograd, Russia competes in the snatch program in the 110kg weight class at the 1971 USSR Championships and Spartakiade at the CSKA Weightlifting Arena in Moscow.

Nowadays, Valentin Kuzmin teaches in the sports department of the Moscow State University.