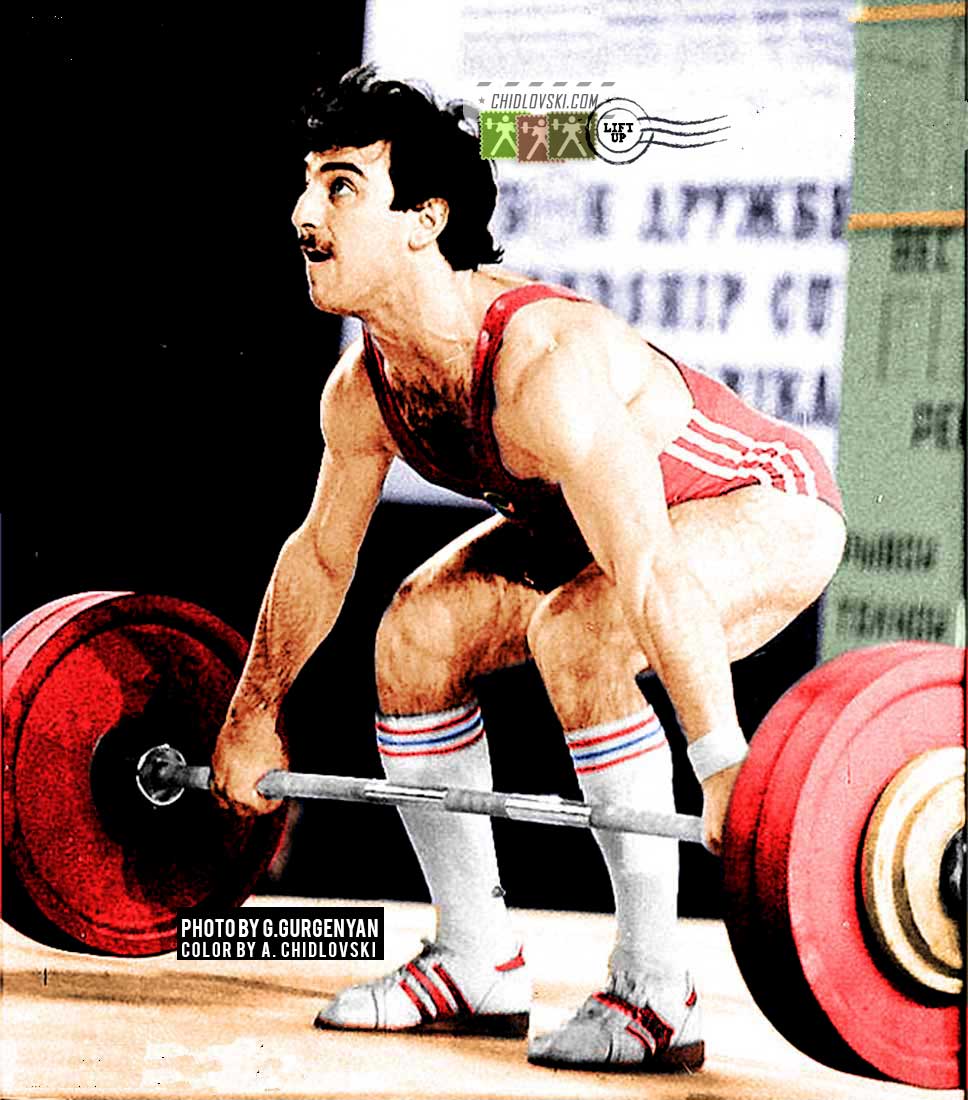 For many weightlifting followers, Valery Leonov is known as Valerios Leonidis, legendary athlete, 3x Olympian of Team Greece of the 1990s, Olympic vice-champion, author of numerous world records, multiple medalist of the World and European Championships.

His epic battle vs. Naim Suleymanoglu for the Olympic gold in Atlanta in 1996 was definitely one of the most memorable moments in the history of this sport.

At the early stage of his sports career, Valerios Leonidis (Valery Leonov) was one of the top featherweight prospects of the Soviet weightlifting. He won 2 USSR Championships and Spartakiades and competed at several elite tournaments. In fact, he was the last national champion of the USSR in the 60kg weight class (1991).