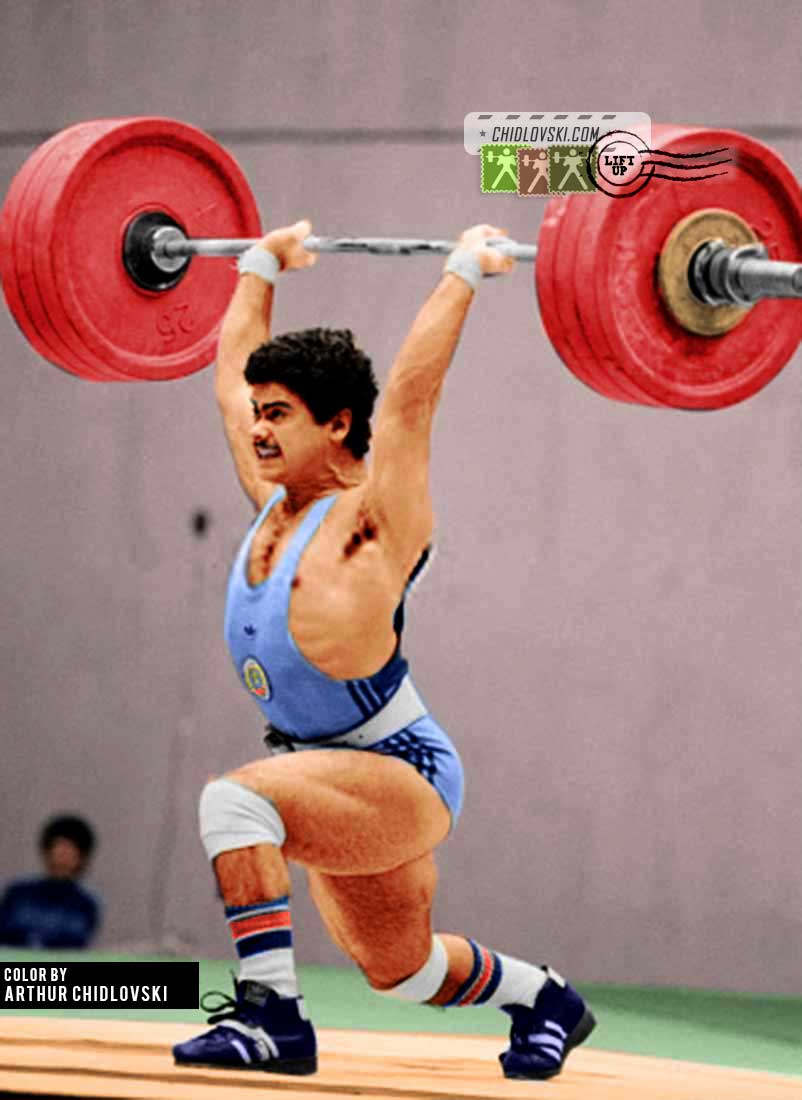 History in Color:
October 24, 1983, Moscow, Russia – 19-year old Stefan Topurov of Team Bulgaria sets a new world record in clean-and-jerk (180kg) in the 60kg weight class at the 1983 World Championships and becomes the first man in the world to lift 3x bodyweights.

At the 1983 Worlds, Topurov lost the gold to Yurik Sarlisyan by the bodyweight. Later on Stefan won the World title (1987), European titles (1984, 1987), became Olympic vice-champion (1988) and earned many other weightlifting medals and awards.

However, at the historic moment on the cover photo, Stefan Topurov is a founder of the new weightlifting merit club – 3x Bodyweight Lifting Club!