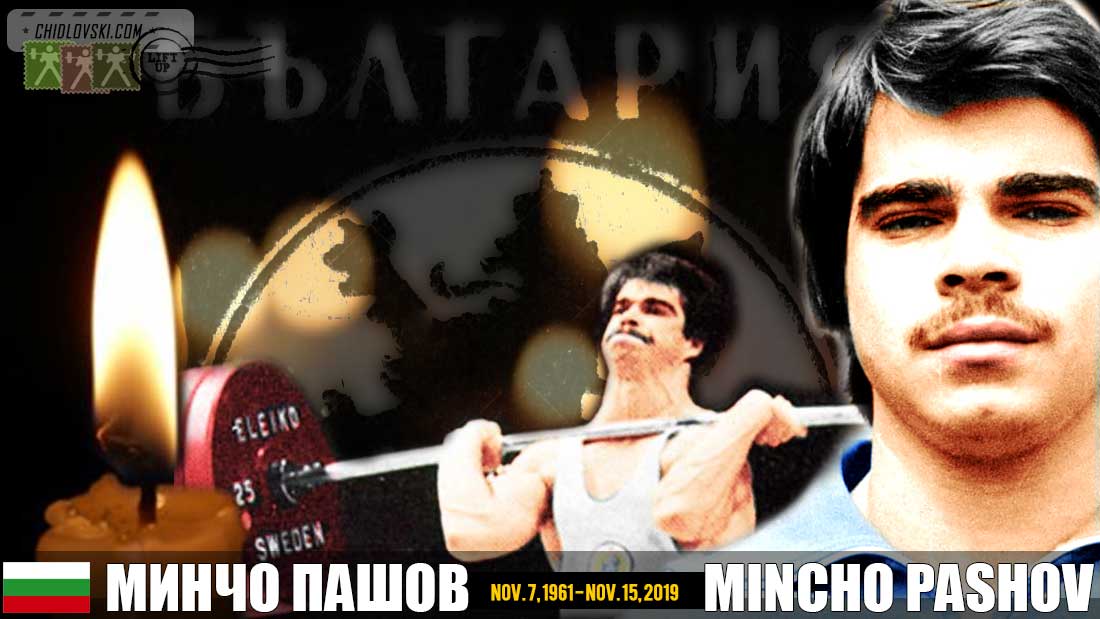 One of the Bulgarian weightlifting greats, Mincho Pashov passed away on November 15, 2019 in Plovdiv, Bulgaria.

Mincho Pashov was one of the most impressive graduates of Ivan Abadzhiev and world famous Bulgarian weightlifting school. He was a superb athlete of his era in both junior and senior level of competitions.

At 18, Mincho marked his debut with the national team by competing for Bulgaria at the 1980 Summer Olympics in Moscow where he won a bronze medal with a 325kg total (142.5+ 182.5) in the lightweight class.

Pashov set 3 world records in his career – all three in the clean-and-jerk in the 75kg class.

Our condolences go to the family and friends of Mincho Pashov.