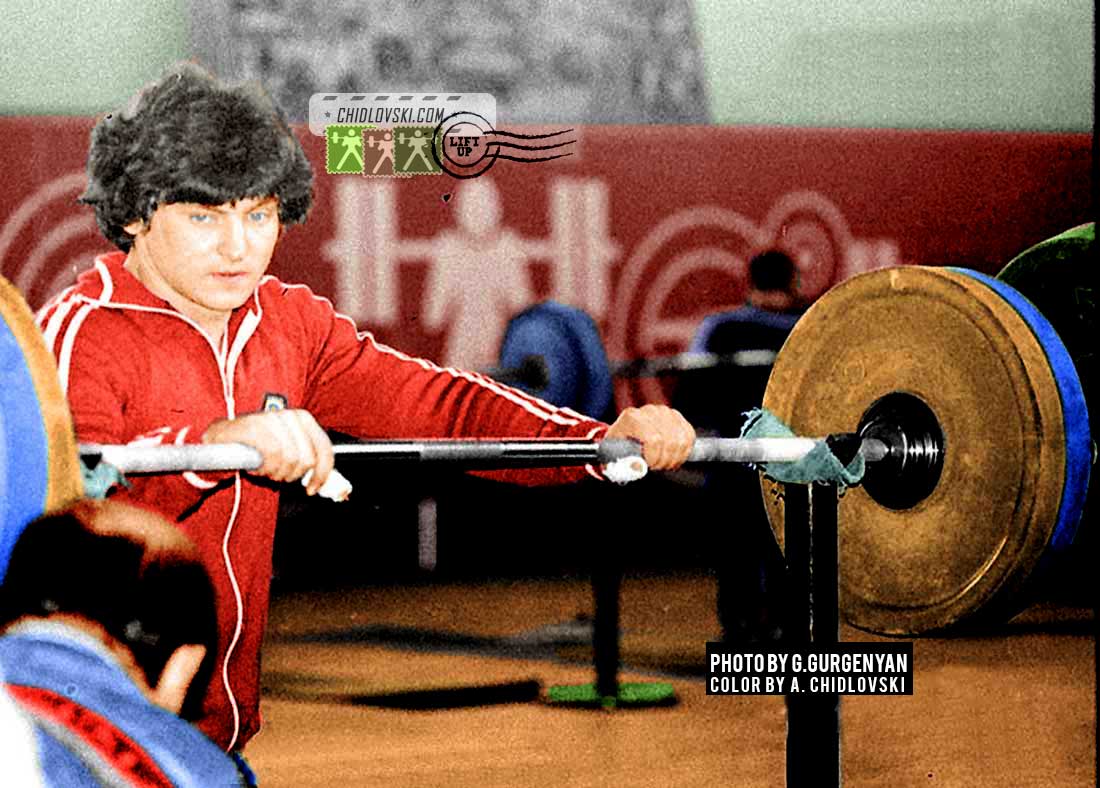 Alexander Pervy was one the brightest young athletes of the Soviet and international Olympic weightlifting of the early 1980s. His timeline in the history of this sport was short and unforgettable. At 20 he won a silver medal at the 1980 Summer Olympics. By 23, he managed to win 2 USSR Championships and 2 USSR Cups, set 4 world records. He never won World titles but he earned his 3 silver medals at the World Championships in 1980-1982 competing vs. Asen Zlatev and Yanko Rusev of Bulgaria, the best of the best of the era.

The History in Color cover photo depicts Alexander Pervy in the training camp in Fergana when Team USSR  was preparing for the 1983 World Championships.

Things did not look good for Pervy at all. He was 22 and he was facing serious health problems. He survived a heart attack, struggled with insomnia and anxiety attacks. There were stories of a drinking problem too.

Training camp in Fergana was the last one for Alexander Pervy.

He wasn’t selected for the 1983 Worlds and was kicked out the national team. No one really cared about him any more. He was employed and trained with the Army and they got rid of him too.

There were many battles that Pervy faced in his short life. He won so many of them in weightlifting competitions. He failed in the last one – the battle for his life.

For whatever it is worth, Alexander Pervy was one of my personal favorite weightlifters of all times and nations. His battle for gold vs. Asen Zlatev of Bulgaria in the 75kg class at the 1980 Summer Olympics in Moscow is probably one of the most exciting weightlifting battles that I saw my life. Many experts told me afterwards that it was impossible to beat Asen Zlatev that night. Not sure if it is true. Perhaps, they forgot to tell Pervy about this – Alexander fought hard and set 3 world records that night.

In 1987, I was no longer involved in competitive weightlifting. I worked on TV and did a lot of stand-up comedy for a living. We had a concert tour and visited Donetsk, the hometown of Alexander Pervy. Our friends in Donetsk asked me what would I like to see in Donetsk. Without a blink in my eye, I said I’d like to see Alexander Pervy. That was the time I found out that Alexander passed away in 1985 – just a month before his 25th birthday.