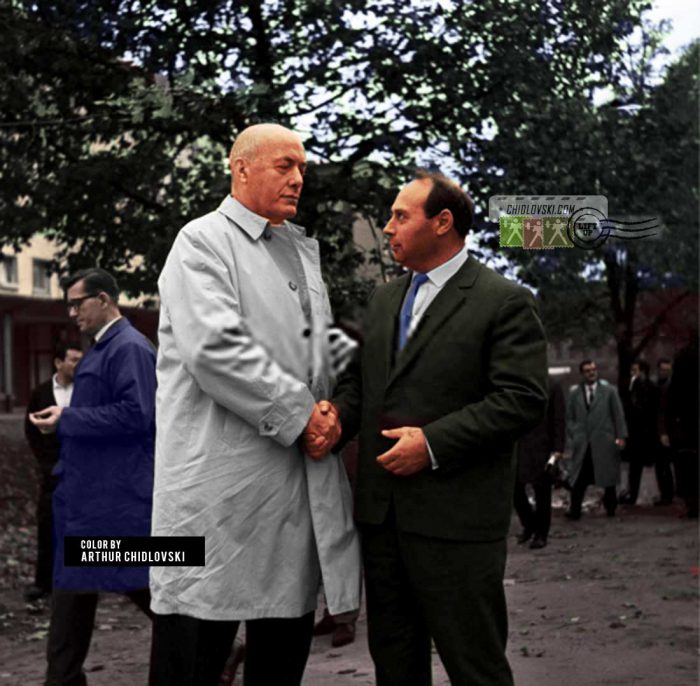 Every time I see the black-and-white original of this photo, I think of some spy movie of the Cold War era. At the time, Arkady Vorobyev was the head coach of the Team USSR weightlifting. Bob Hoffman owned the York Barbell Club, published “Strength and Health” magazine and literally ran and sponsored weightlifting in the USA for decades when American weightlifting team was the best in the world.

Both Hoffman and Vorobyev were very patriotic gentleman on their sides of the Cold War of the time. Hoffman was a WW1 vet and Vorobyev was a WW2 vet.

In weightlifting, they appreciated sharing thoughts between each other and respected the experiences of their sports rivals.