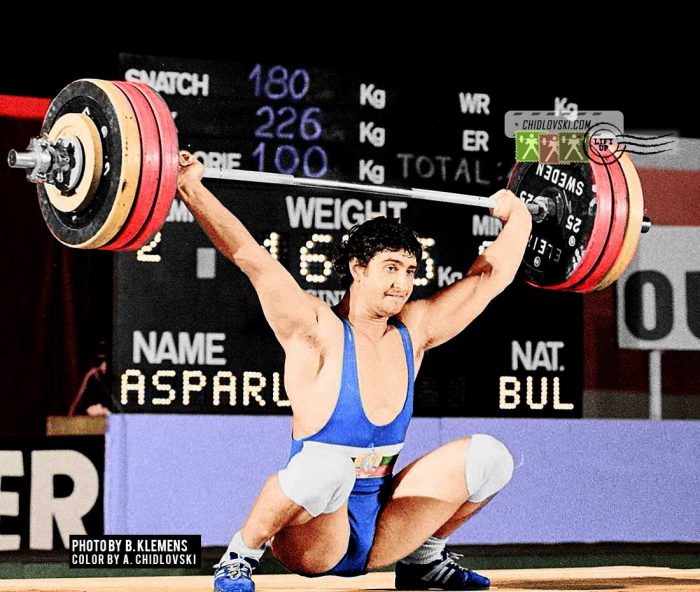 By the end of the tournament in Thessaloniki, Asparukhov finished with a 367.5kg (167.5+200) total. He won a bronze European medal and took the 5th place in the World Championships.

At the time, Plamen Asparukhov (born in 1960) was one of the top Bulgarian prospects for the upcoming Summer Olympics in Moscow.