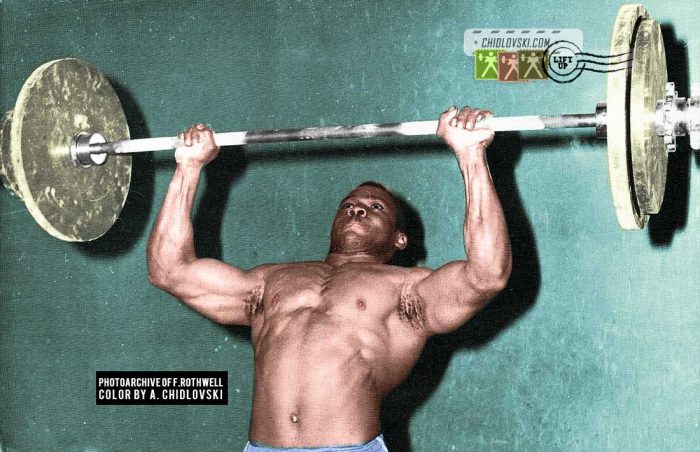 The best British athlete in the history of Olympic weightlifting, Louis Martin is working on his press lift in training.

Martin was a middle heavyweight and his best result in the press at the top level of international competitions was 160kg at the 1968 Summer Olympics in Mexico City.