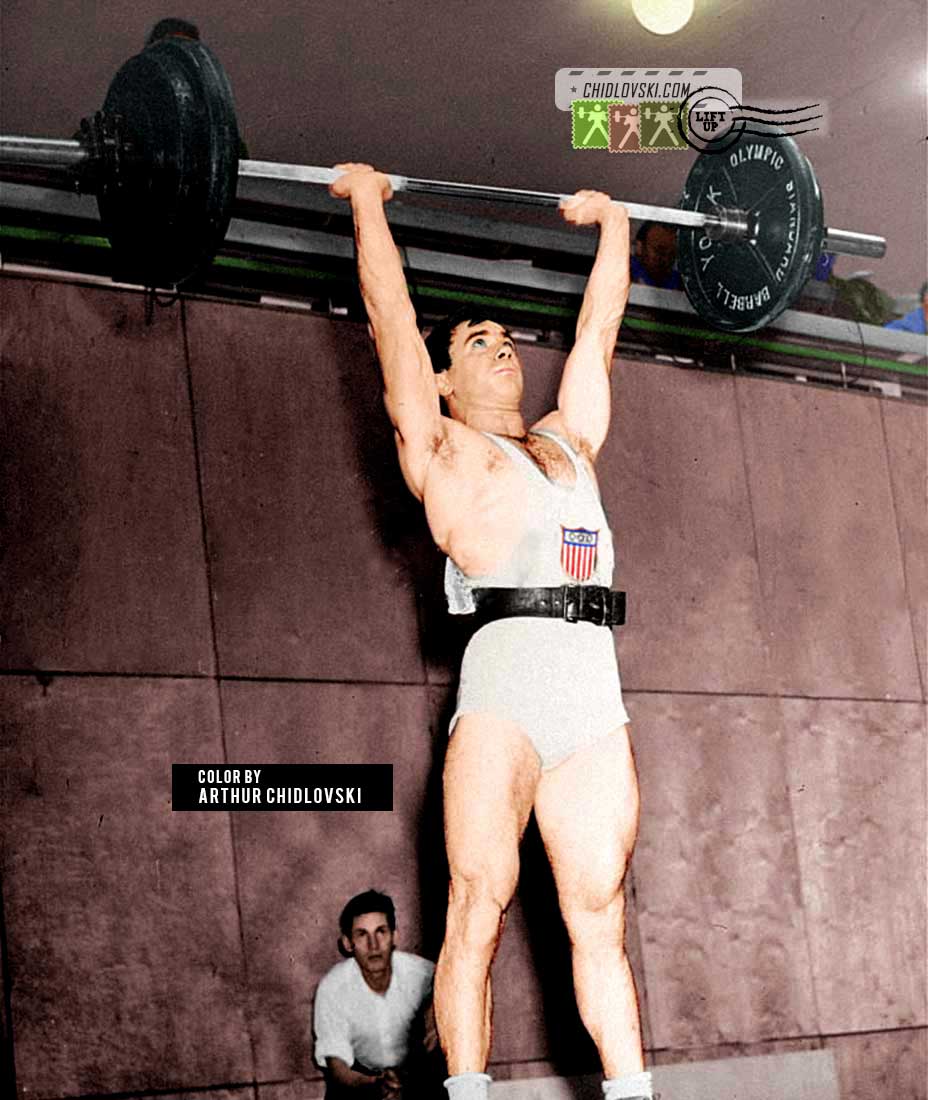 History in Color:
July 26, 1952, Helsinki, Finland – U.S. middleweight Peter George of Akron, Ohio USA competes in the press program on his way to the gold medal in the 75kg class at the 1952 Summer Olympics in Helsinki.

Olympic press wasn’t the strongest lift of Peter George. He finished with the third result after the press competition in Helsinki – 7.5kg behind Gerry Gratton of Canada and S. J. Kim of Korea. Peter George had a rock solid performance in the snatch. He outlifted the second place in the snatch program by 10kg and his main opponents, Gratton and Kim, by 15kg. His finish in the clean-and-jerk was fabulous – he secured the gold medal with an Olympic record (157.5kg) and then went for the World record at 165kg in the third attempt.

3x U.S. Olympian, legendary Peter George competed for the United States at the Summer Olympics in London (1948), Helsinki (1952) and Melbourne (1956). He won one gold and two silver medals!