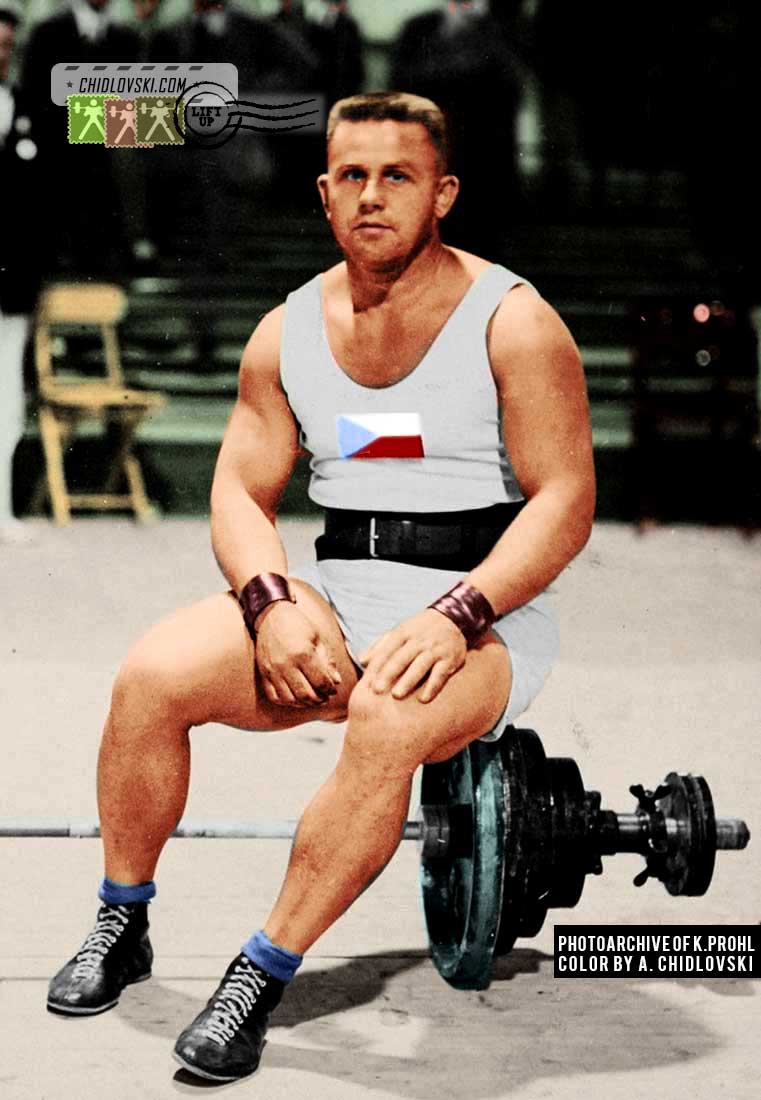 History in Color:
July 29, 1928, Amsterdam, Netherlands – Legendary Czech heavyweight Jaroslav Skobla after winning a bronze medal in the 82.5kg weightclass at the 1928 Summer Olympics in Amsterdam.

Jaroslav Skobla (1899-1959) was a magnificent Czech athlete of the early pre-World War 2 decades in the history of Olympic weightlifting.

His son, Jiri Skobla was also an outstanding athlete and an Olympian who won a bronze medal at the 1956 Summer Olympics in Melbourne (shot put).