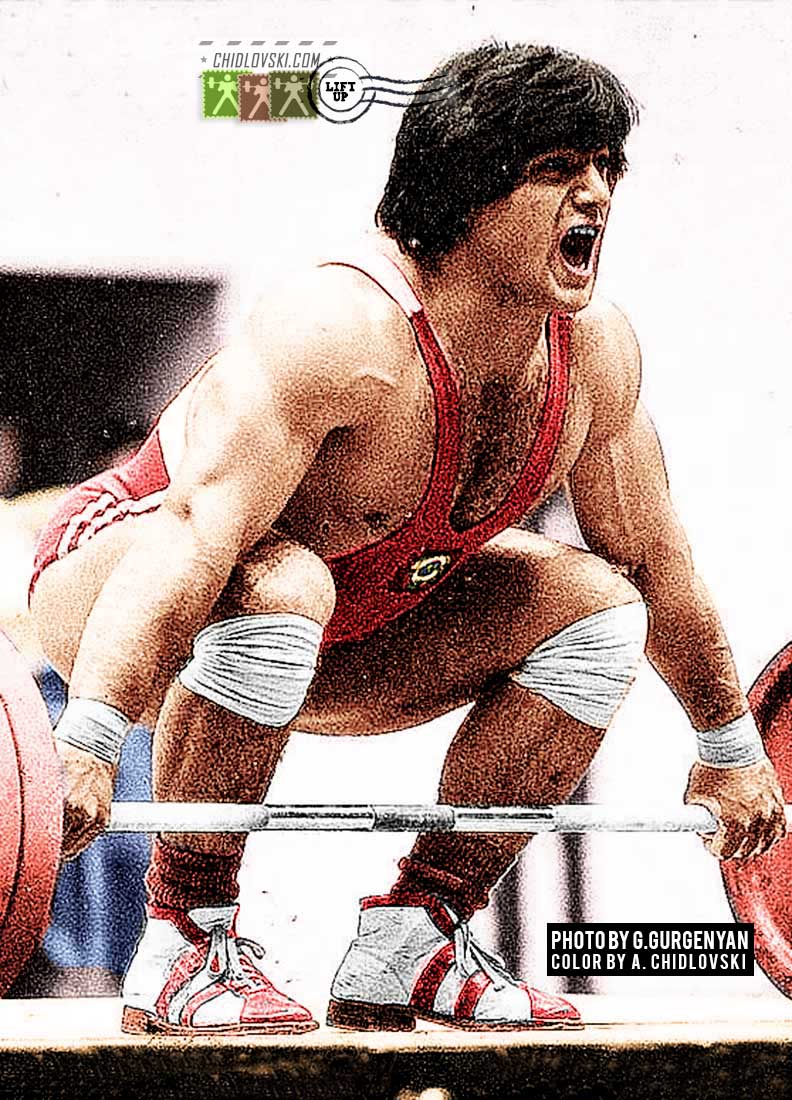 July 27, 1983, Moscow, Russia – 21-year old Israil Arsamakov of the Dynamo Club, Grozny competes in the 90kg class at the 1983 USSR Spartakiade and 1983 USSR Championships held in the Izmailovo Weightlifting Hall in Moscow.

Israil Arsamakov just stepped up from the light heavyweight to the middle heavyweight and won a silver national medal in the total with a 397.5kg total (182.5+215). It was one his rare appearances in the 90kg class. For the most of his career, Israil competed in the 82.5kg division.

Israil Arsamakov (born in 1963) was a Soviet Olympian who won the 1988 Summer Olympics in Seoul and became the first weightlifter from the Chechen-Ingushetia Area to win the Olympics. Arsamakov was a world record holder (1982, snatch). He also was a 1986 European Champion and won a silver medal at the 1986 World Championships in Sofia.