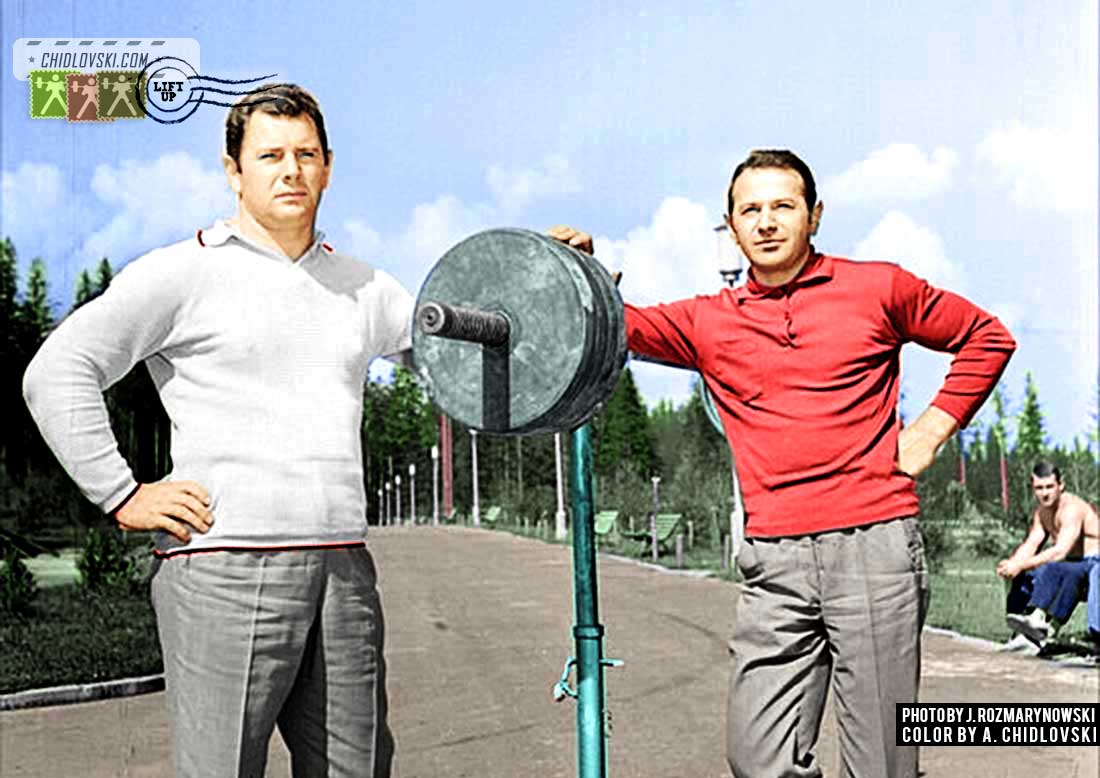 Klemens Roguski (1926-2002) and Augustyn Dziedzic (1928-2008) was a fantastic team of Polish coaches that worked with the national team of Poland for over 20 years and managed to bring Polish weightlifting to the very top of international Olympic weightlifting.

Klemens Roguski was the head coach of Team Poland from 1959 to 1981 and Augustyn Dziedzic was his assistant coach. During the years they ran the national team, Polish athletes won 20 Olympic medals and 78 medals at the World Championships. The medal count included 4 gold Olympic and 16 gold World medals.

Both Roguski and Dziedzich came to coaching from an international level weightlifter’s careers.

Klemens Roguski mainly competed in the mid heavyweight class. He competed for Team Poland at the World and European Championships in the 1950s, set 20 Polish national records and won 7 national titles in his career as a lifter.

Augustyn Dziedzic was a Polish Olympian (1956). He competed in the feather and lightweight classes and was a 2x champion of Poland. He also was a Polish national champion in bodybuilding.

After retirement from weightlifting, he became a brilliant coach, academician and author. His talent and success in individual preparation of world class athletes were one of the best in the world. The list of his graduates includes such names as Waldemar Baszanowski, Zygmunt Smalcerz, Norbert Ozimek and more.

Overall, work of a coach is so multi-dimensional and requires knowledge of so many disciplines – from logistics to strategic decisions. Team work of Klemens Roguski and Augustyn Dziedzic went on for over two decades and remains one of the best and classic experiences in the world.

After their triumphant work with Team Poland, the coaches were invited to share their experiences abroad. Augustyn Dziedzic coached in Turkey and Klemens Roguski in Iran and Greece.