Louis Hostin: French Style Answer to the Triumph of the Will in Berlin, 1936 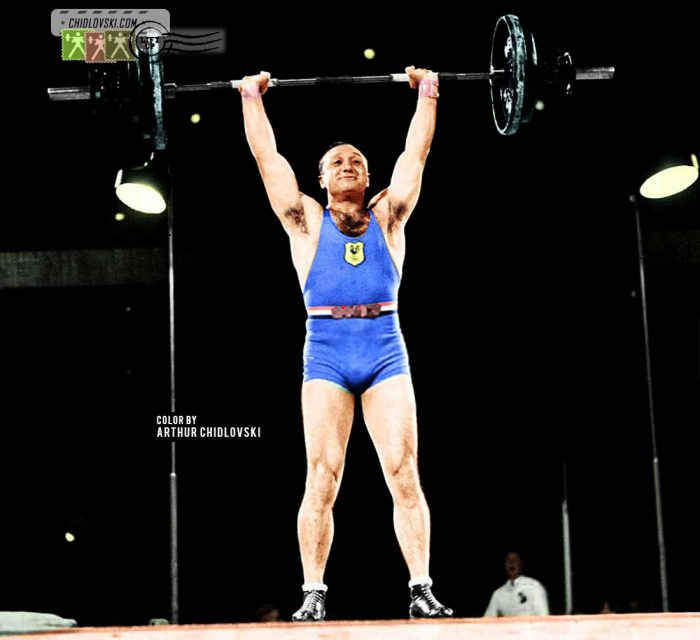 History in Color:
August 3, 1936, Berlin, Germany – Brilliant Louis Hostin, 28-year old  light heavyweight of France, is on his way to win a gold medal in the 82.5kg class at the 1936 Summer Olympics in Berlin.

The 1936 Olympics was the third and the last Olympics for Louis Hostin. He won a silver medal in Amsterdam in 1928 and a gold medal in Los Angeles in 1932.

In Berlin, Hostin faced a heavily favorite German candidate to win Eugene Deutsch, world record holder in the press lift. Hostin went 8 out of 9 that night in Berlin. He set Olympic records in the press, snatch and total and won with a 372.5kg total (110OR + 117.5OR+ 145). The award ceremony was held the next day at the Olympic Stadium in front of Adolf Hitler and it certainly was a spoiler for him to see French champion on the top of the podium.

Hostin managed to set 10 world records in his career in Olympic weightlifting.