John Grimek: Working In the Foundry in the 1940s 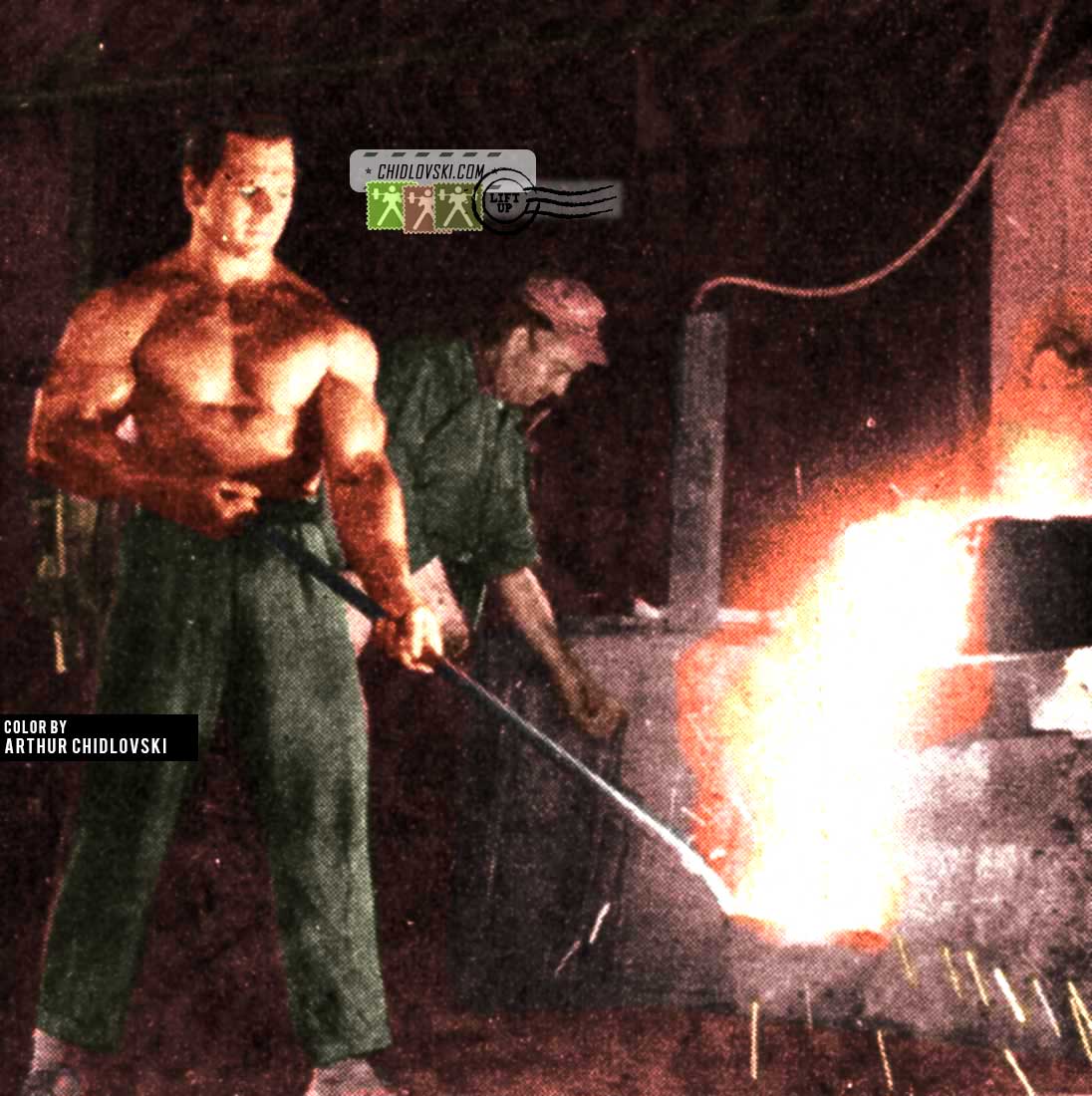 The History in Cover series features legendary U.S. bodybuilder and Olympic weightlifter, also known as as “The Glow” and “The Monarch of Muscledom,” John Grimek (1910-1998) working in the foundry during the World War 2. Unlike Milo Barbell during the World War I, Bob Hoffman never suspended the York Barbell manufacturing operations in the 1940s and stayed in business producing the barbells.

John Grimek trained with the York Barbell Club and was one of the “usual suspects” in Bob Hoffman’s empire of strength headquartered in York. PA.

Grimek’s look and feel on the magazine’s photos and competitions, in many ways, helped Bob Hoffman’s enterprise to propel to the very top of American strength-related market.

He was a definite “poster boy” of men’s strength and physique as his photos were published on the covers of the “Strength and Health” and all major weightlifting publications of the time.

Obviously, for many fans, Grimek is known as an impressive bodybuilder featured on the covers of literally all magazines of the strength and bodybuilding magazines.  As a bodybuilder, he won the AAU Mr. America (1940, 1941), Mr. Universe (1948) and Mr. USA (1949), In bodybuilding world, Grimek earned such nicknames as “The Glow” and “The Monarch of Muscledom”.

However, Grimek won was successful both in bodybuilding and Olympic weightlifting contests and tournaments of his time.