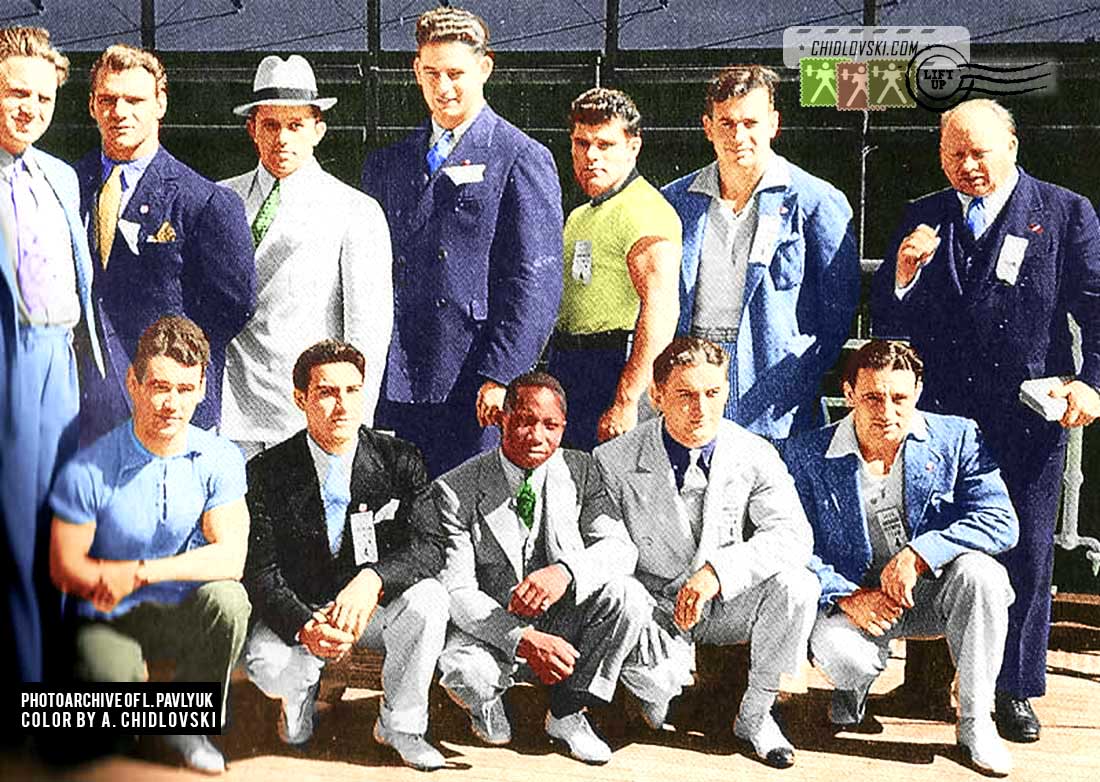 July 1936 – U.S. weightlifters, coaches and administrators are about ready to travel to Europe for the 1936 Summer Olympics in Berlin (left to right):

Note:  Including athletes’ weight class and final placings at the 1936 Summer Olympics tournament.