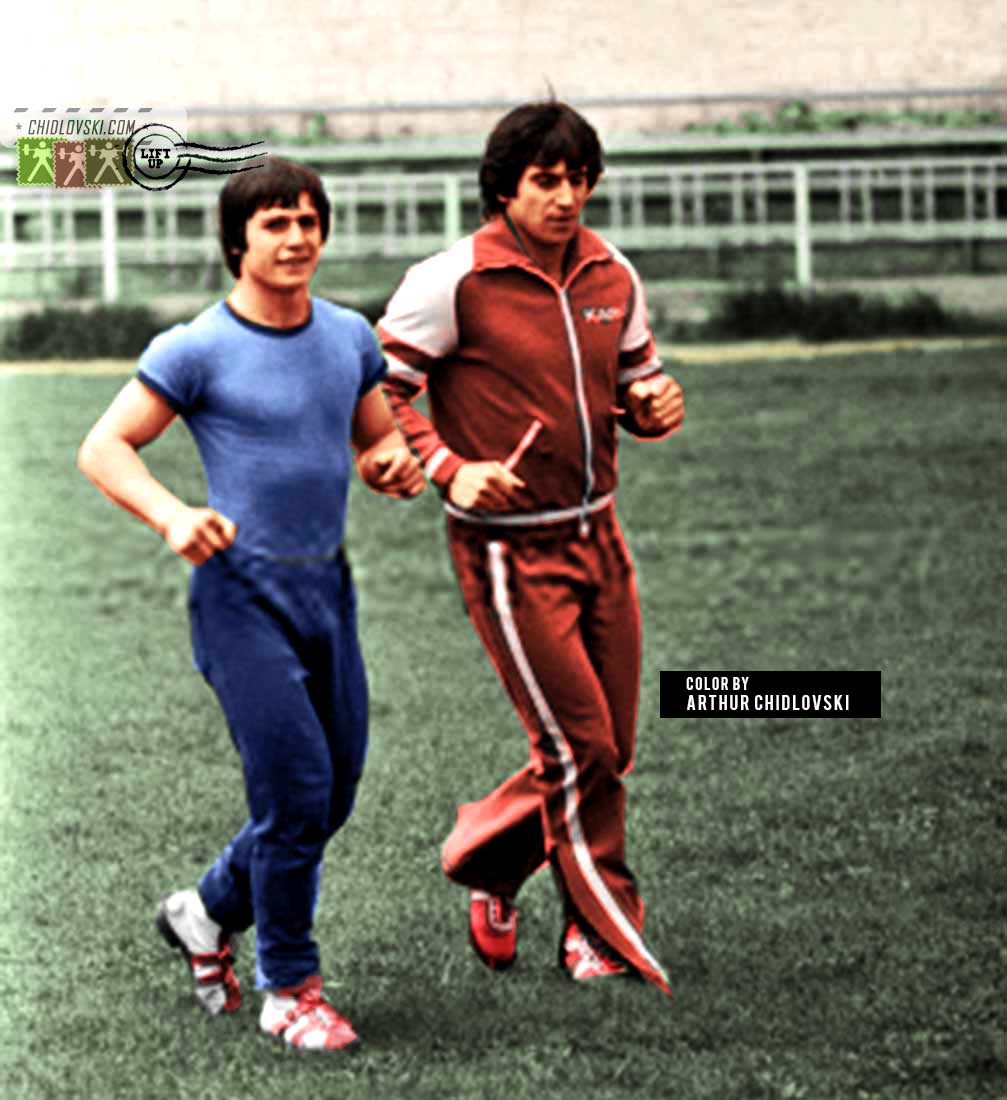 History in Color:
December 1984, Yerevan, Armenia – 16-year old winner of the 1984 USSR Cup in the featherweight, Israel Militosyan and his uncle and coach, Olympic vice champion Vartan Militosyan are jogging on the soccer stadium in Yerevan, Armenia.

His uncle and coach, Vartan Militosyan (1950-2015) won a silver medal in the 75kg class at the 1976 Summer Olympics in Montreal. He was a 2x World vice champion, 2x European Champion, USSR Cup Winner and USSR Championships medalist in the middleweight. He authored 4 world records in the 1970s.