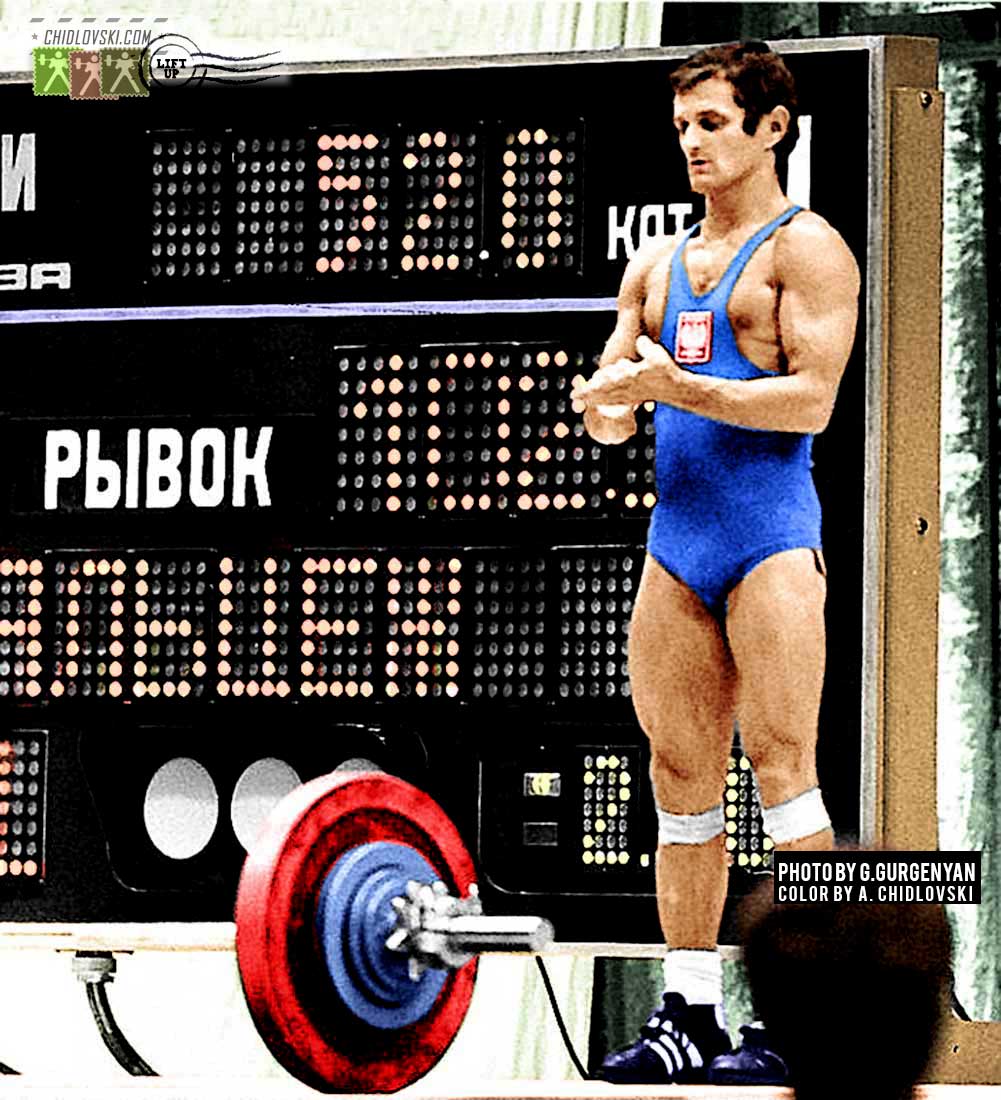 History in Color:
September 15, 1975, Moscow, Russia – Legendary flyweight, Olympic champion Zygmunt Smalcerz of Team Poland prepares for the snatch lift in the 52kg class at the 1975 World Championships in Moscow.