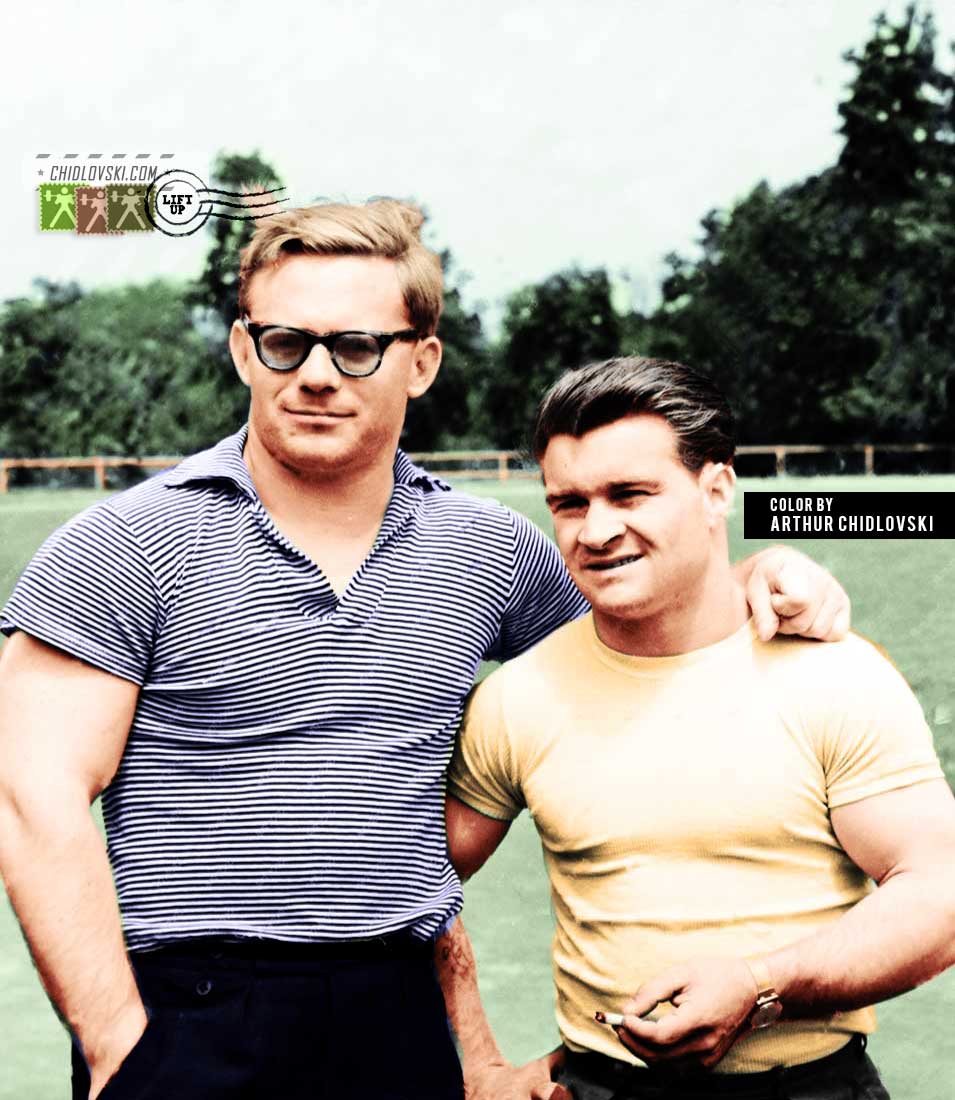 July 19, 1962, Budapest, Hungary – Legends of Hungarian and World weightlifting, Gyozo Veres and Imre Foldi in the training camp in Budapest.

Both Veres and Foldi were true legends of Olympic weightlifting. Both were milestone athletes in Hungary.

Imre was a 13-times champion of Hungary. At 13 World championships that Foldi competed in he won 16 gold, 16 silver and 7 bronze medals.