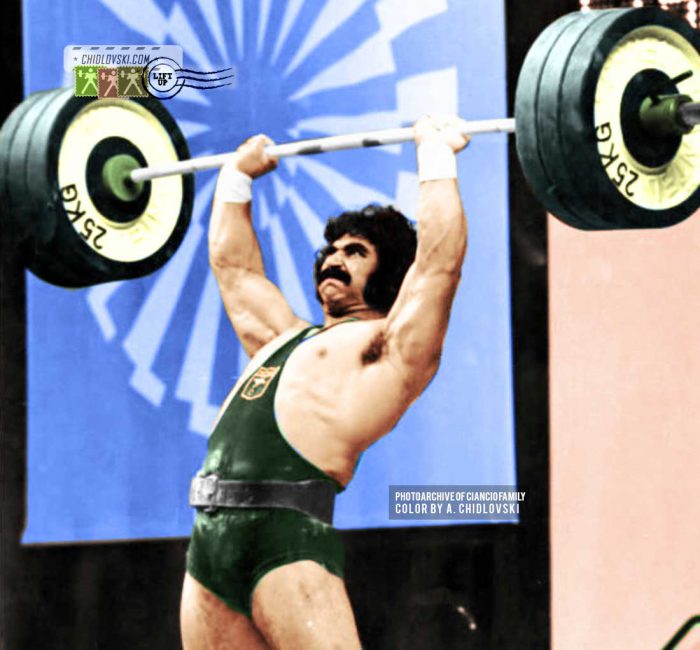 History in Color:
September 3, 1972, Munich, Germany – 25-year old middle heavyweight of Team Australia, Nick Ciancio competes in the press program in the 90kg class at the 1972 Summer Olympics in Munich.

2x Champion of the Commonwealth Games (1970, 1974), Nick Ciancio was of two athletes that represented Australia in the 500kg Club. The other fellow Australian was super heavyweight champ Ray Rigby.