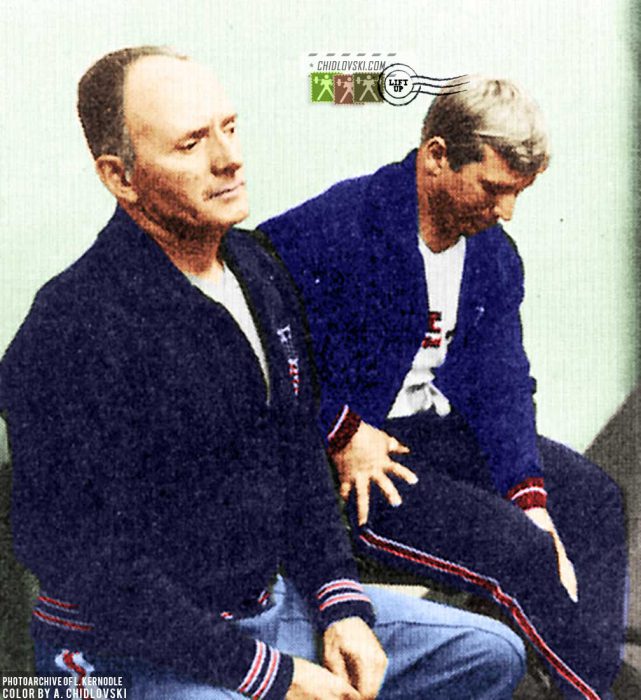 The History in Color series feature a color version of the photo with two important characters in the Team USA Weightlifting history – trainer Dick Smith and lifter Phil Grippaldi. We published a few articles about Phil “Grip” Grippaldi in this series. This time it’s about coach Dick Smith.

Dick “Smitty” Smith (1925-2014) played a significant role in the Olympic weightlifting history in the United States. For over 50 years he was employed by the York Barbell Corporation, known for decades as the centerpiece of American weightlifting. He was involved in training for big win in the World and Olympic tournaments such legendary U.S. weightlifters as Bill March, Bob Bednarski, Joe Dube, Garry Gubner, Lee James and many more. As a coach and a manager for the Team USA Weightlifting, Smitty was a 6x U.S. Olympian and attended 6 Summer Olympics.

Although he was a true legend of York Barbell and Team USA and he was highly regarded by athletes he coached and counseled, Smitty was rather an unsung hero for the world outside the York Barbell Club and Team USA training camps. He didn’t receive all the world wide fame and recognition and media spotlight for his input and remained a behind-the-scenes magician able to make champions for the top national and international venues.