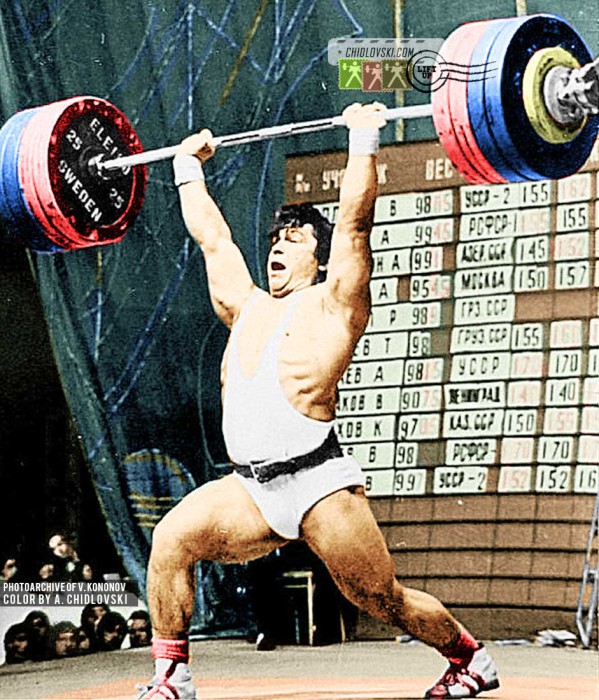 Vladimir Kononov (b. 1951) was one of the strongest athletes in the 100kg class in the USSR and in the world.

As an athlete, he was an impressive package of power, strength and slick techniques. As previously published in the History in Color series, Kononov had a very low “almost touch the platform” squat style snatch and clean.

Kononov was on the top candidates’ list to the national team but, for various reasons, he was rather under exposed to the top level international tournaments.

Vladimir Kononov competed in the sub heavyweight class for the Trud club of Novokuybyshevsk and won the USSR vice champion title in 1976 and the winner of the 1976 USSR Cup in total (387.5kg) and in clean-and-jerk (227.5kg).