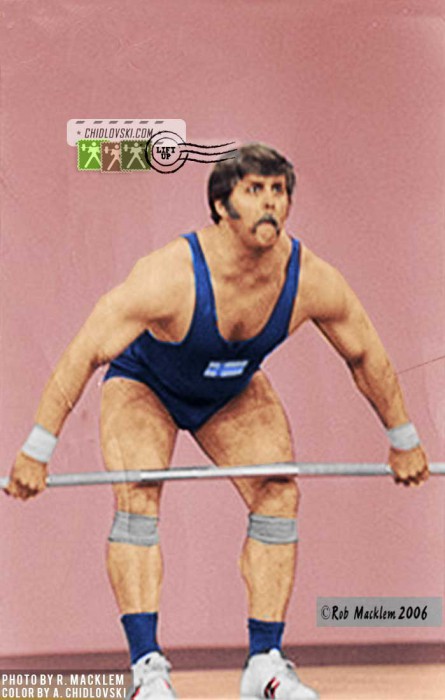 History in Color:
July 25, 1976, Montreal, Canada – 35 year-old legend of Finnish weightlifting, Jaakko Kailajarvi of Tampere, Finland competes at his 4th Olympic tournament in the 90kg class at the 1976 Summer Olympics in Montreal.