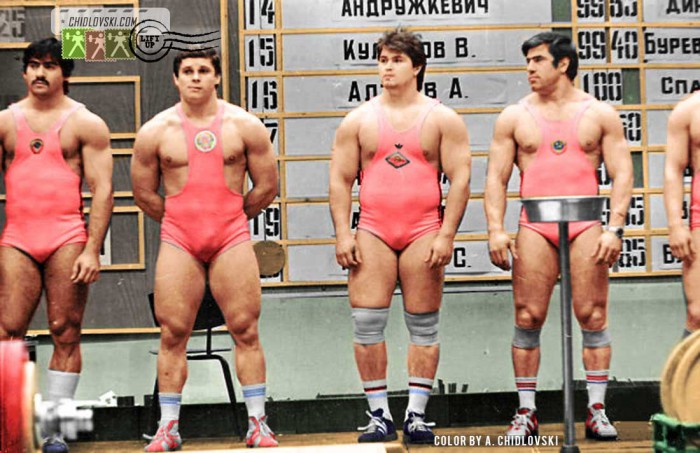 David Rigert was 34 at the time. The 1981 USSR Cup in Donetsk happened to be his last tournament. A year after the 1980 Summer Olympics, one of Olympic weightlifting greats of all time, David Rigert retired from competing as an athlete.

The 100kg class was won by 18-year old Yury Zakharevich, the new rising star of the Soviet weightlifting.