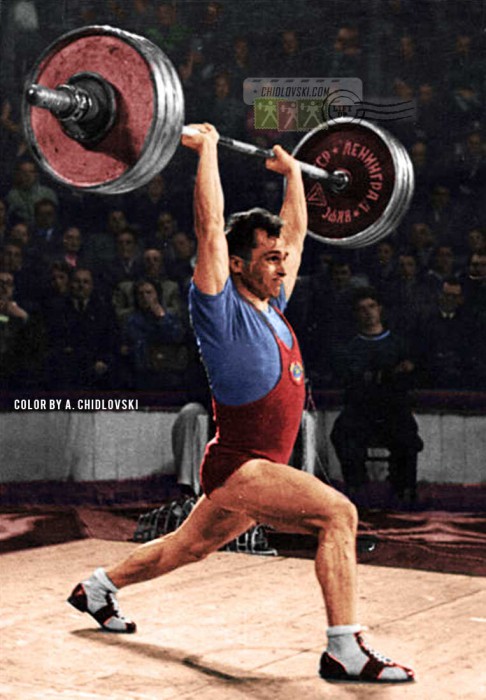 The cover of the History in Color series features Alexander Falameev, athlete, coach, educator, referee and one of the key figures in the development Olympic weightlifting in Leningrad (Saint Petersburg), Russia.

Alexander Falameev (1924-2007) was the person responsible for Olympic weightlifting sport in Leningrad for decades.

Falameev was an Air Force WWII veteran. He began to train as a weightlifter at the age of 24. His coach was Nikolay Koshelev, the author of the first Soviet “Koshelev’s” barbell.

During the 1954-1956 period, he was a candidate to the national weightlifting team. He represented Team CCCP in the historical 1955 USSR vs. USA weightlifting series. Falameev won his match against Joe Pitman of the Team USA in Leningrad.

Alexander Falameev was the Chairman of the Leningrad Federation of Olympicweightlifting (1958-1984) and also taught at the main sports university of Leningrad (Lesgaft) in 1958-1984.